Building on the Mafia party game formula and bringing it online is EpicMafia. With a large community and millions of games played fans of the original Mafia can continue the fun in the online world. With the ease of access, range of game types and deep stat tracking any intermediate or pro Mafia player will feel at home in the community. Just like said original the game is predominately about deception where players join an available room, get assigned a role and attempt to defeat the mafia while staying alive themselves (if playing as a villager role). Meanwhile the mafia is working just as hard to eliminate the villagers to achieve their victory conditions, with a few third parties with their own objectives and win conditions.

Matches are split between ranked games (Main) and unranked (Sandbox) with players able to freely join lobbies which will start once reaching the required number of players. Given that EpicMafia has over 150 roles for characters to fill most lobbies limit the potential roles down to a few, which are recommended for newer players. Regardless of role though EpicMafia uses the same formula of the first Mafia game with roles split between village, mafia and third party. 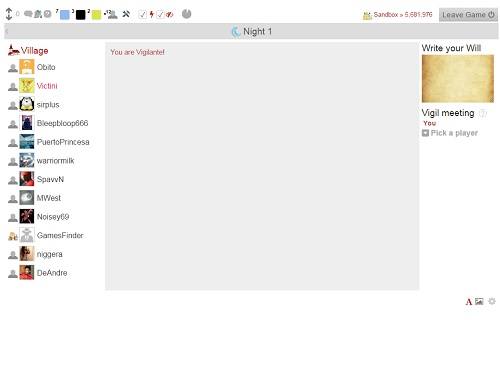 EpicMafia makes full use of the online environment to keep you coming back and playing games with community forums, achievements and stat tracking. Hardcore players in particular will love climbing the overall ranks of role specific ranks with the ability to show off your prowess at EpicMafia.

Overall EpicMafia is a great adaption (and even expansion) of the original game although the lack of guidance restricts it to intermediate and advance players who are already familiar with the game concepts and want an easy medium to play games.

This review was first published on January 16, 2013. Read our update policy to learn more.