Using a realistic military shooter as its base and adding layers of deadly difficulty is Escape From Tarkov, a title under development by the Russian studio of Battlestate Games. The core premise of Escape From Tarkov has players scavenging instanced maps for resources while avoiding the threats of other players and AI which in turn can be used to improve your own gear to take on greater challenges.

Starting development in 2012 Escape From Tarkov was first shown to players through a 2016 alpha and an eventual 2017 beta which continues to be the state of the game going into 2020. Despite this beta label Escape From Tarkov is well into development and a perfectly playable experience only lacking it’s full suite of intended maps, some stretch development plans (that don’t severely impact on the experience at present) and general quality of life enhancements. Players can also expect features to be added, altered and even removed alongside the usual bug squashing of a beta state as the game’s original vision is fully realised. 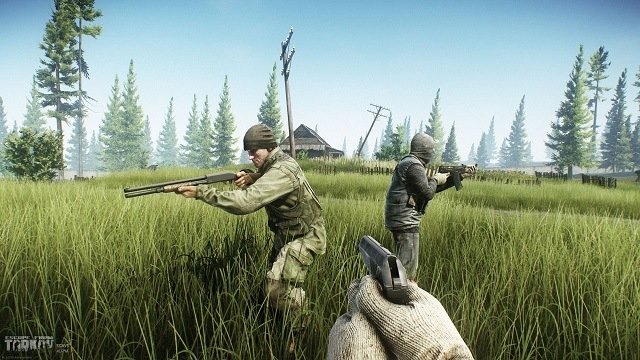 The core component of entering into a Escape From Tarkov raid though is well past the beta title tag and where you’ll be spending the bulk of your game time anyway. These raids are instances of the currently available game maps that spawn in 4 to 14 player characters (known as PMCs) alongside a host of AI controlled scavengers (known as scavs) and randomised loot in set map locations which serve as points of interests for players to fight over. Uniquely players down on their luck or simply wanting to create some carnage can take over one of these AI scavs along with their randomised gear to hunt down PMCs or claim the scav gear for themselves by exiting with it and then transferring it to their main character.

All the equipment you bring into each raid is at risk through Escape From Tarkov’s death mechanic which means all items in your inventory are lost upon death apart from a special secure container with limited capacity. An insurance system does allow you to protect gear at a cost although is only successful if items are not looted by another player and has a time delay attached to receiving the items back as well. With these high stakes at play Escape From Tarkov does not make escape easy either, if you intend to walk out with your gear and anything you’ve picked up along the way you’ll have to trek across the map to one of your extraction points within the allotted raid time limit. To further complicate matters some of these have specific requirements limiting players to a reliable set of 4 or so extracts depending on the map to again create combat encounters. 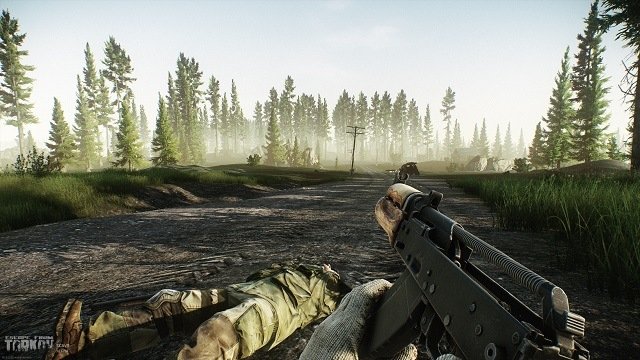 This setup makes you wonder why anyone would willing step into the dog eat dog world of Escape From Tarkov and beyond the sheer adrenaline and satisfaction of an extraction you’ll find a wealth of trader tasks to complete that require specific actions and in turn unlock more powerful equipment for you to buy or barter directly from them. Alongside these tasks players can also slowly fill their hideout with scavenged resources that provides passive benefits as well as serving as a standard long term money and resource sink.

On a shorter time frame you’ll find your money (Roubles, Dollars and Euros) regularly slipping through your fingers to keep your gear restocked and repaired along with the associated ammo to load your gun. With equipment slots of headsets, helmets, body armour, face, eyewear, armband, rig, scabbard and up to 3 weapons dying can be an expensive lesson in Escape From Tarkov. This death expense can be even more harsh for players that fully dive into the deep weapon customisation system to create a deadly weapon from hand selected compatible parts. Players need not find all of these parts themselves though with the flea market unlocked once your character reaches level 5 allowing for direct trades between players less a small fee. 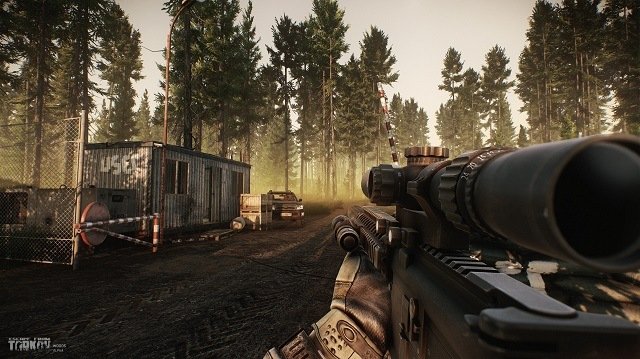 With the sheer number of items this flea market could be a game in itself and some players have definitely adopted this approach spending hours securing bargains to profit in the harsh world of Tarkov. This is just one of the niche playstyles that Escape From Tarkov players have adopted alongside players who opt to fully gear up for raids to maximise their combat power or the rat players that sneak in the shadows looting everything left behind.

In it’s current state Escape From Tarkov is an addicting realistic survival shooter with the mechanics making every high value loot find, kill or extract exceedingly rewarding and in stark contrast to the devastating lows of the many deaths you will no doubt experience.

This review was first published on February 2, 2020. Read our update policy to learn more.