Eufloria offers strategy gameplay in an artistic wrapping with the result being a fantastic relaxing game that offers just the right balance of difficulty and presentation. Available on a range of platforms (starting on Windows) the game is uniquely satisfying, relaxing and challenging with the success leading to other platform releases and eventually the HD release. 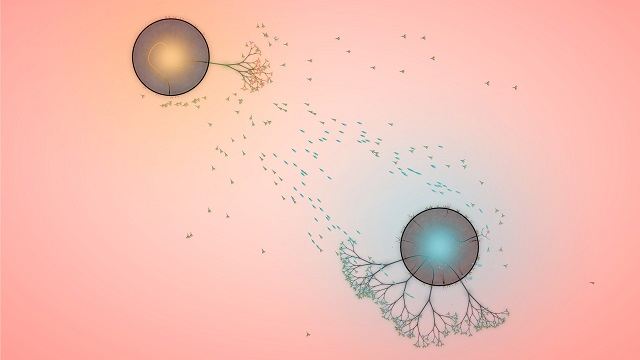 Set in a space like environment your objective in Eufloria is to overtake the universe with your seedlings which grow from the trees that you plant on the planets under your control. It’s a simple concept that can be grasped within the first minute of gameplay but one that hides a number of intricate details that mean the perfectly optimised strategy does not come easily.

The core experience of Eufloria that introduces most of these mechanic details is a 25 level story mode which offers most of these mechanics early on before challenging you in different ways throughout the increasingly difficult levels. While on the one hand it’s exciting to be given all the tools so early on this does mean the mid to late levels can get a bit repetitive as mechanics are fairly static at that point. 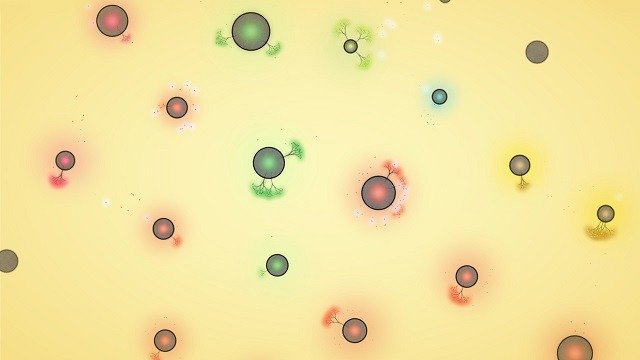 For the most part players will start the game with a small number of planets in the story mode experience with the objective to overtake all the available planets and asteroids in each level which can range from one to several which is then mixed with different numbers of enemies. Players command the unique life forms known as Euflorians which spawn from the seedlings on each location and can be sent out to a new location to claim it as their own. While originally your options are limited to basic unit producing trees players can eventually access additional trees such as defensive trees that are more suited to planet defence but don’t create units.

While unoccupied planets or asteroids can be easily claimed by sending a swarm of Euflorians to the location enemy strongholds will require a significant number of them to create a foothold and begin your own local unit generation on the key location. Eufloria’s simplistic design hides a true strategy game that is just as relaxing as it is intriguing with a lot of hidden depth through and even RNG at play due to the randomised elements of the game which help each battle feel like a ebb and flow is at work. This also applies to the unique asteroid statistics and the randomised manner in which trees will grow. 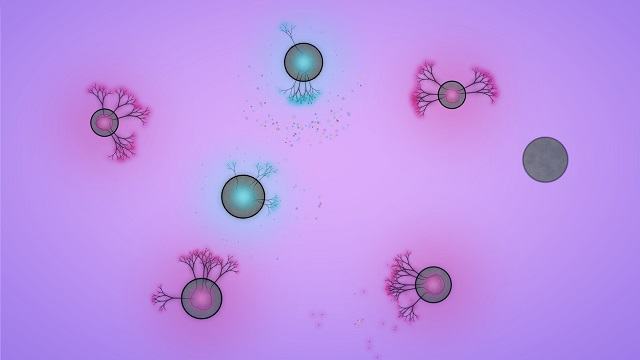 Beyond story mode Eufloria also offers a relaxed mode which emphasises the ambient game experience while also toning down the difficultly for those that aren’t as puzzle minded. On the other hand dark matter mode ramps up the difficultly for those wanting a challenge while also visually changing the style of Eufloria. Finally a range of skirmish levels offers a repeatable and consistent challenge to attempt your personal best or test out strategies in a controlled environment.