Europa Universalis IV continues the success of the grand strategy series developed by Paradox with another strategic challenge based on trade, administration, politics and battle. As the fourth game in the series it aims to be one of the best Europa titles yet with improvements to the core foundation of the original games that retains strategy while exploring fresh ideas. For Europa Universalis IV many of these enhancements focus on bringing the game complexity down to attract new players to the series in particular that mean newcomers need not play past titles. 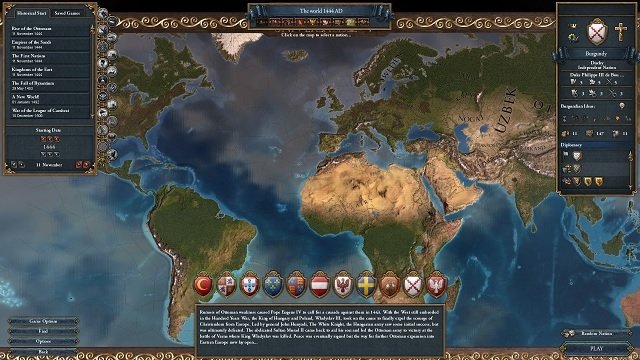 Each of your Europa Universalis IV adventures within the core mode starts in 1444 and will take you all the way up to 1821 although players can start at any number of points in between these time periods as well. Intended to follow the world’s nations of the respective eras as they progress, change and conquer each other your objective is to be the leading nation through a number of victory objectives. Due to the time setting that Europa Universalis IV explores you’ll find that religion and colonisation both play a pivotal role throughout the game with no corner of the globe safe from the influence of either.

With literally hundreds different country nations competition is fierce in Europa Universalis IV and with the option to play nearly each one of these past and present countries you’ll have endless replay potential across single player and multiplayer content. Be it taking control of the familiar powers of the time like England or France to play out a campaign that aligns with history or to take a small unknown nation well beyond their existence in the real world each provides its own challenges to overcome. 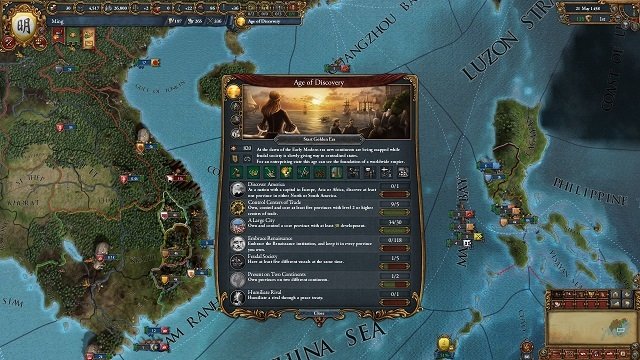 Depending on the era and civilization that you choose for a given Europa Universalis IV game you can experience a vastly different adventure which is a core component of the challenge and longevity of this strategy title. This is of course further compounded by the unique elements of each country that will impact your ideal strategy, strengths and weaknesses. England for example is known for their royal navy that provides enhanced heavy ship combat and similarly has enhanced infantry from their experience on the field of battle. Meanwhile France is adept at keeping morale in its armies and assimilating others into their nation although are not specialists at fort maintenance.

True to other 4X grand strategy games this is just the tip of complexity when it comes to Europa Universalis IV with a wealth of mechanics across exploration, expansion, exploitation and extermination. Broadly this will see players controlling their countries realm through mechanics like provinces, technology, rulers, advisors, government, policies and religion which is funded through the economics of your faction through production, trade and tax. With the final pillar of gameplay mechanics dedicated to diplomacy and if an agreement cannot be reached then land and naval warfare which requires army and navy management respectively. 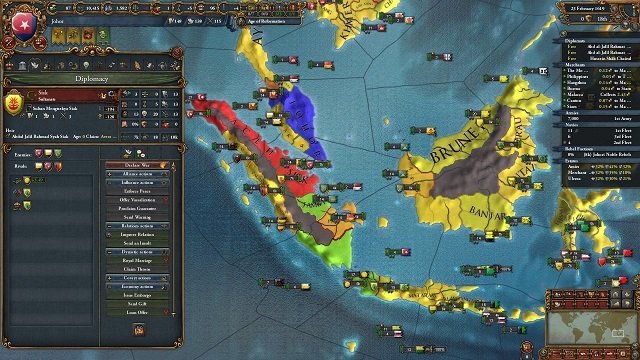 Within all of these mechanics you’ll find a wealth of depth as you make decisions large and small that have flow on effects that push your strategy in different directions. Most of your decisions in Europa Universalis IV come down to a war or diplomacy decision with two distinct paths for you to follow for each of your neighbouring nations.

This review was first published on July 6, 2014. Read our update policy to learn more.

Games Finder is a Steam Curator and featured in the aggregate review scores data of MobyGames and Neoseeker.
FEATURED ON
Games Like Civilization, Games Like Heroes of Might and Magic, Games Like Total War
LEAVE A REPLY Cancel Reply