EVE Online is the premier space MMO adventure that offers a galactic scale of content for players to dive into and master. Well known for its vast amount of depth, in game currency tied to real world value and epic scale of community space battles EVE Online has continued to develop its offering since the original 2003 release. While the game launched as solely a subscription based title and accumulated a loyal subscriber base during that period the game has since transitioned to a free to play model (known as Alpha) with an optional Omega subscription that boosts your speed of progression and unlocks premium content features. 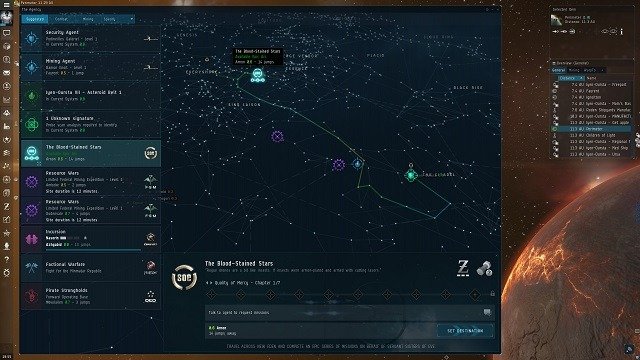 Sold as a community driven spaceship MMORPG EVE Online is focused on offering a game of freedom where players can approach the content in the way they want and find their own place in this ever expanding universe. This means players are free to explore the thousands of star systems, participate in the large scale economy and fly hundreds of different ships as they try to achieve their goals across PvE and PvP standings.

The setting for this galactic scale MMO is literally the Milky Way although it’s approximately 20,000 years ahead of the present day where humanity has expanded to many stars. As a result of this expansion a wormhole to a distant galaxy was discovered which transported many to the galaxy of New Eden before collapsing and leaving settlers to fend for themselves. Over time this history has been forgotten though with players joining the world of EVE Online after some time has passed allowing various stations to be constructed and several unique societies to develop. The result is a mixture of systems filled with developing stations alongside planets, moons and space anomalies that have been both sparsely or fully explored. 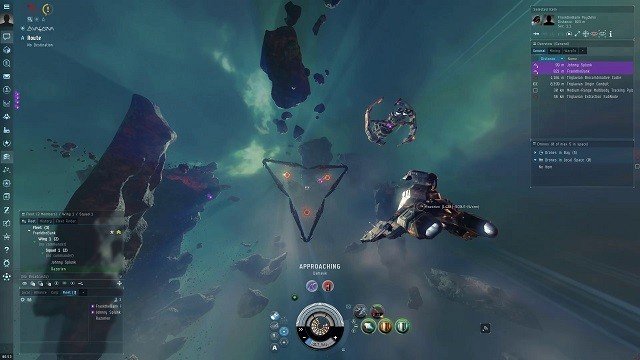 Joining this galaxy you’ll explore one of the four major races that include the independent Minmatar, the righteous Gallenteans, capitalise driven Caldari and the theocratic Amarr Empire. Layered with your choice of starting role players can select from the four core careers of EVE Online that include explorer, industrialist, enforcer and soldier of fortune that each have their own specific activities to engage in that ensure the role that you take at any point in time in this galaxy is up to you.

The explorer for example is a career focused on ancient relics and unlocking the known universe while the industrialist focuses on mining or salvaging other ships. For those that would prefer a combat focused career can opt for bounty hunting through the enforcer or become a fleet supporter as the soldier of fortune. Each of these careers also has preferred ship types given each ship has a unique mixture of speed, shield, armour, hull and specific bonuses that turn them into specialised machines. 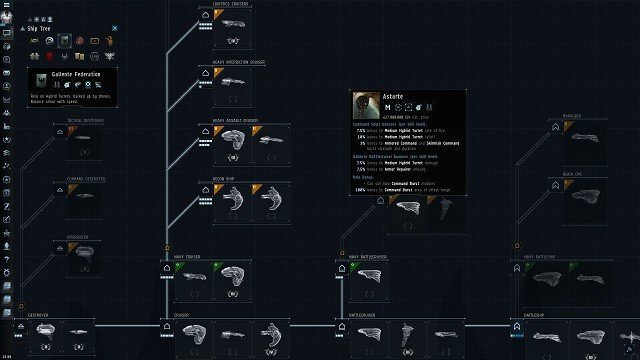 These ships are central to your entire EVE Online experience and allow you to interact with the galactic systems of exploration, trade and combat as you upgrade through ship tiers and equip a range of modules to customise ship functions. Equally your characters own skills play an important role in achieving your career goals with dozens that can be individually trained to provide that sense of EVE Online progression.