EverQuest II is a 3D MMORPG that builds on the EverQuest series. The game was released in November 2004 and as of 2011 went free to play so everyone can enjoy the experience. 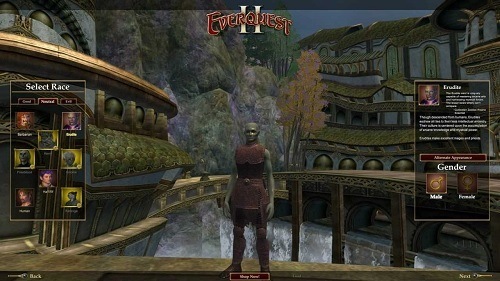 For gamers who played the original EverQuest the game takes place in the same fictional world (Norrath) although 500 years have passed since that time. This makes the game separate enough from the original that it won’t affect new comers to the series but still has those nostalgic moments for EverQuest fans.

Character creation is one of the best features in EverQuest II with a huge amount of visual options, multiple races and a large number (over two dozen) of classes to choose from. For the most part you can choose any race but some races are restricted to certain classes.

Like other games in the genre EverQuest II puts its focus into questing (with several thousand) and guilds. With higher levels only being attainable through questing (unless you prefer to grind for a crazy amount of hours). Guilds also level up independently from their members by completing guild quests which allow players to unlock new content and encourages guild participation.

Death penalties are nowhere near as harsh as the original EverQuest helping it appeal to a more casual game audience. In EverQuest II death results in a small experience loss and durability loss on items (which after about 10 deaths will need to be repaired), after death players respawn at one of their recent checkpoint locations. 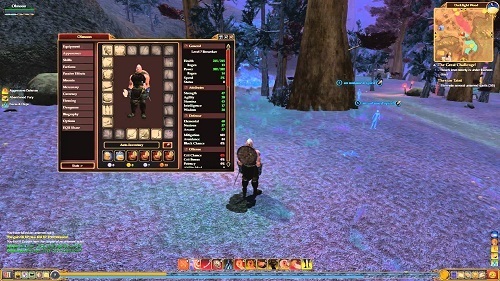 A popular feature of the second EverQuest games is the mentor system which is great for helping a friend or new character get a foot into the game world. While partied with a lower level character, the skills of the ‘mentor’ are scaled down dramatically and give bonus experience to the lower level player.

Even after all these years EverQuest II remains one of the highly populated MMO games providing a good mixture of casual gameplay (similar to RuneScape) and more detailed content that you would expect to find in MMO games like World of Warcraft.