Evil Genius mixes simulation, management and real time strategy putting players in charge of their own evil villain lair as they attempt to complete their plans for world domination one country at a time. Originally launched in 2004 Evil Genius still has a strong cult like following of fans with comparison to the popular Dungeon Keeper series of games which launched several years earlier. With age does come some limitations however with graphics and general polish quickly falling behind other more modern management titles. 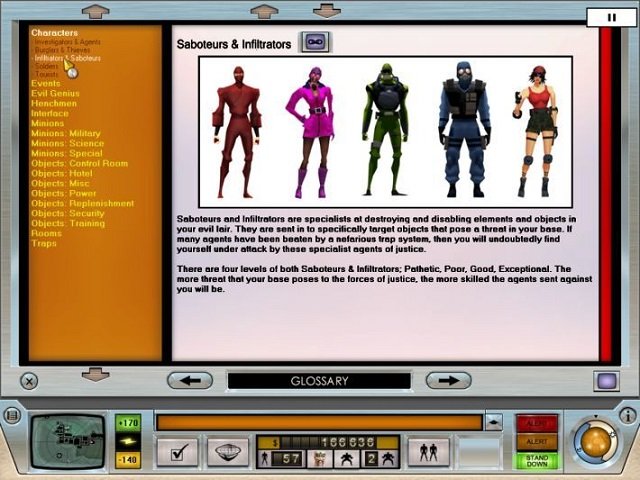 Evil Genius is set somewhere in the 1960s or 1970s and offers a humorous and light-hearted approach to gameplay with players selecting their own evil genius and associated henchmen from a number of starting and later unlockable options with their own background, visual presence and some skill differences. Evil Genius expands on this with great depth and strategy for players to explore however, much of this is left to the player to learn, experiment and optimise though requiring extensive use of external guides and references to fully appreciate the mechanics at play and their interactions with each other.

Core gameplay in Evil Genius revolves around building out the ultimate island fortress as you send your minions into the world on secret missions will attempting to evade the justice forces of each specific country. Ultimately your goal is to collect blueprints from around the world while stealing the necessary parts to construct a doomsday device and leverage your demands on the world. 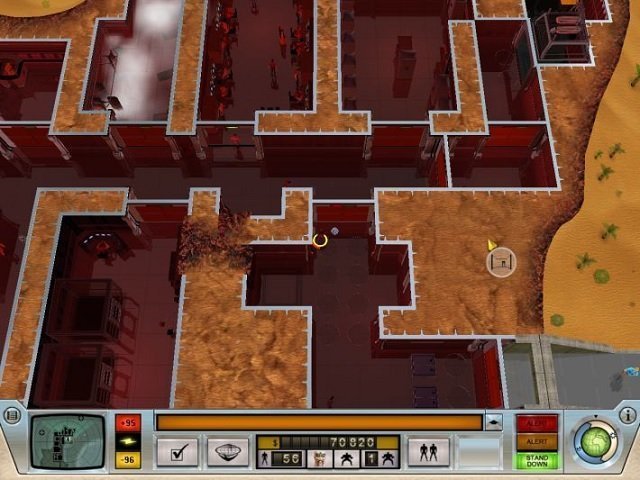 At the start of this plot for world domination players start Evil Genius with a simple lair and slowly unlock additional rooms to help you disguise and defend your secret island lair from the forces of justice that can visit your island as players attract more attention from their escapades. As a strategy game Evil Genius ensures a wealth of freedom in how the lair is designed with the ability to carve out paths, rooms and even lay traps. Rooms are arguably the most important aspect of Evil Genius and drive many of the options players have available to them serving as housing, research and training facilities primarily.

Working within these rooms are players generic minions who can be expanded to hundreds with the appropriate housing facilities in place. While each starts out as a basic minion capable of specific tasks through training they can specialise in certain roles which tie into your ability to complete advanced missions across the globe or other activities within your own lair. 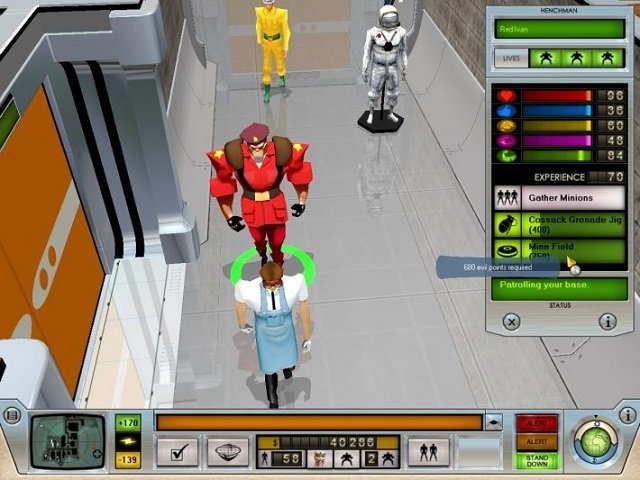 Bringing all of this together is the game currency of cash that is spent on lair design and training while being generated from your missions around the world. A secondary resource that requires close attention though is the notoriety system which increases with the frequency and boldness of these global missions and as a result attracts more powerful agents to your lair. Worth noting is that the balancing of these two at odd resources does slow down the game of Evil Genius significantly especially for first time players with sub-optimal lair designs or general strategies but is an appropriate representation of real world consequences nonetheless.