Evolved from crowd funding EvoCreo aims to bring a Pokemon like experience to iOS and Android devices. The inspiration is evident in every corner of the game world and captures that nostalgic feeling of starting a new monster capture adventure. 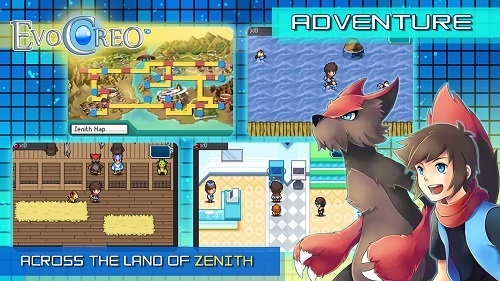 The game opens with a young aged character (the player) who is tasked with setting across the world to look for their father who has wondered off. As is traditional for monster capture RPGs the world is not safe to adventure without your own pet (called a Creo). Choosing from 1 of 3 baby Creos they you’ll start your adventure and eventually evolve them into more powerful forms.

After you’ve set out you’ll find everything familiar to the Pokemon series with players walking through tall grass, caves and cities while encountering random Creos that can be added to your party or defeated for experience. Along the way you will encounter an evil organisation trying to abuse Creos (the Shadow Hive). Like most Pokemon clones though the interface does not reach the heights of the Pokemon franchise but flexible fans will be able to look past this. 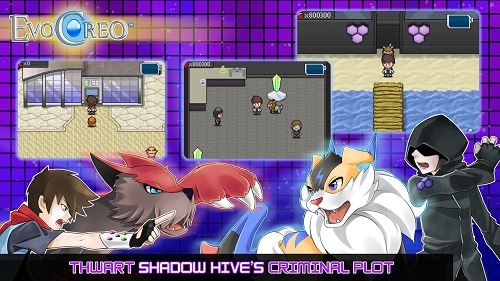 The world of EvoCreo itself is extremely open and can sometimes leave you lost as you look for the next path to take, it’s not as fluid moving as the Pokemon titles in this regard either. Actual logistics of moving around are flexible though with multiple control options along with graphical and sound based ones.

Other Pokemon like mechanics are there with elemental strengths and weaknesses to consider, other trainers to take down and more. It’s not all copied mechanics though with the uniquely rare normal Creo that can be shaped and moulded by the elements it uses and the games energy system for combat which recharges moves either slowly or quickly depending on their power. A welcomed touch is the simple recovery moves that prevent town back tracking as well.