Have you ever stopped to think just how far the adventure video game genre has come? Now you don’t have to think about it because you can play through it in Evoland. 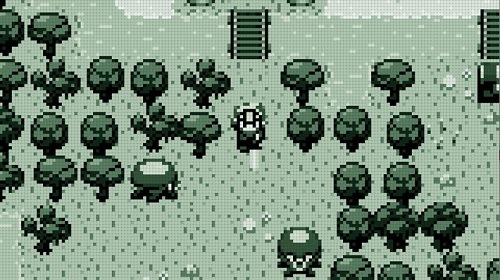 In Evoland you’ll go on a journey through the history of video games (in particular action/adventure titles). The game almost feels like going through a history of the Zelda games but also features some Final Fantasy style eras for players to explore and eventually ends up in a similar form to Diablo and other modern day action RPGs.

This journey through time is guaranteed to be filled with nostalgia as you advance from a 2D black and white game world to a more modern 3D one. The game also incorporates plenty of references to your favourite titles that have been released over the years.

The games story and setting are fairly simplistic with the focus obviously being placed on the evolution within the game. The story does seem to poke fun at the genre with a world name of Evolandia and placing you in the shoes of the only person able to fight off the new evil that became a threat out of nowhere (when have you heard that story before?)

Gameplay in Evoland is deceptively simple with the player controlling their character around the game world and fighting off enemies that they encounter on their way. Along your journey you’ll run into treasure chests which slowly unlock more and more game features which are then added to your game. 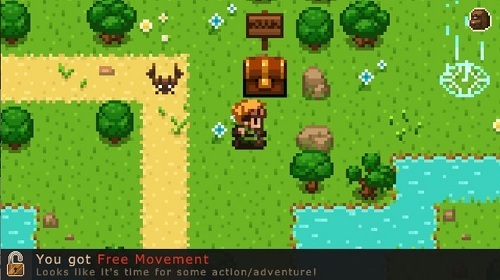 Your first impressions of Evoland will be a bland one as you spawn in a noiseless world with black and white Gameboy graphics. A few chests in you’ll get sound, smooth game scrolling, a sword, enemies, music, save points and eventually make your first major transition to 16bit colour. From here the adventure continues to gradually evolve, bringing you into modern times with plenty of boss fights along the way.

Evoland is a great nostalgic journey that ever fan of Zelda, Final Fantasy and even Diablo will enjoy exploring.

Games Finder is a Steam Curator and featured in the aggregate review scores data of MobyGames and Neoseeker.
FEATURED ON
Games Like Zelda, Games Like Zenonia
1 COMMENTS
LEAVE A REPLY Cancel Reply