Evolva offers a unique action experience that revolves around evolution and was released in 2000 for Windows. Continuing to be available through GOG.com those that experienced it on release or newcomers that want to adventure into one of the most unique titles in the genre. 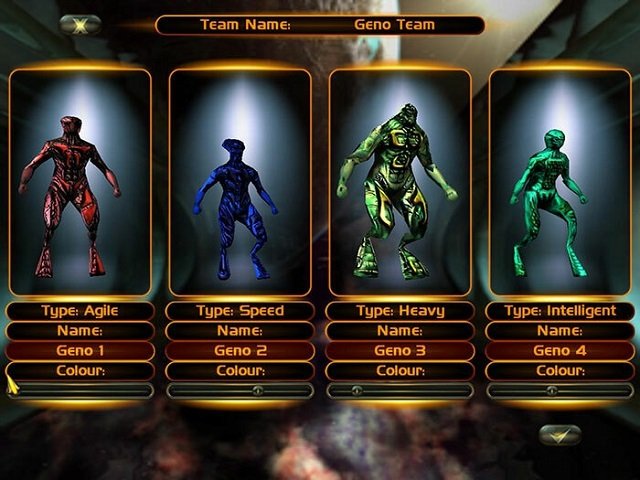 In Evolva players take control of four powerful Genohunters that can alter their DNA by absorbing genes from their fallen foes which in turn grants different abilities. This race of Genohunters was created by humans in order to protect themselves from the various threats of the galaxy that have been growing over the recent decades requiring a genetically enhanced protector squad.

Evolva boasts plenty of options for players to develop their warriors with thousands of combinations for players to experience given the range of choice. Some popular mutations include powerful leaps, flaming vomit, powerful claws, brain scrambling, explosives and even electrical attacks which slowly are unlocked as you advanced across the dozen odd worlds. 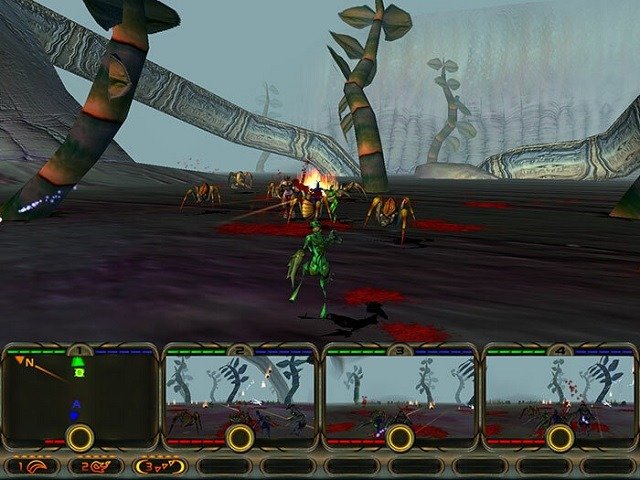 Players can evolve each of their Genohunters separately so you can create a team of 4 around your preferred playstyle with either a balanced approach or heavily focused on a particular strategy. Changes to your DNA are also shown visually on your Genohunters which means that they will change colours, grow in size and gain new features (like horns) as their power increases.

Gameplay in Evolva has players controlling their team of four in a third person squad based manner which means there is an emphasis on strategic movements and forethought. Players can also choose which one of their Genohunters to control directly while issuing orders to the rest of their team. Orders are mostly simple attack, move and stay commands with most of the work being done by the impressive AI (for the time) to keep you focused on the action of the Genohunter under your control. Players can also use their Genohunters in unique ways thanks to the camera screens that let you see what each of your characters is seeing from their current location. 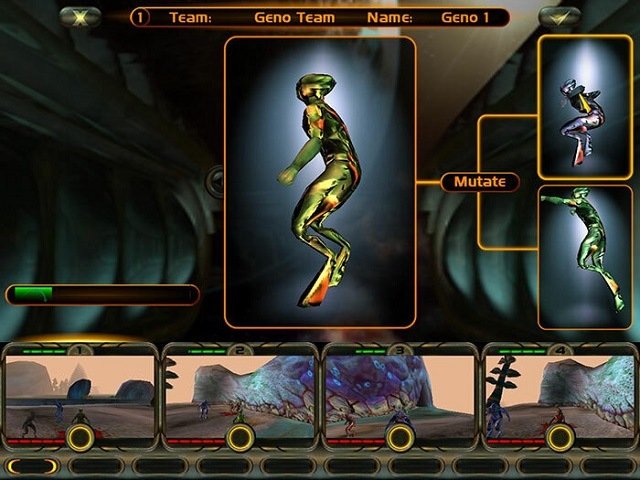 The campaign portion of Evolva will take you across 12 different worlds where players will battle against the parasite guardians that come in all shapes and sizes. Players will also have to defeat a number of bosses on their journey that offer a spike in difficultly and will test players squad builds and strategy beyond the standard parasite warrior. For those seeking additional content an online mode which supports LAN allows for multiplayer head to head battles against friends or the community.