Fable II is the second game in the action orientated role playing series. Fable II expands on the open world style of the original and is available on the Xbox 360 platform. 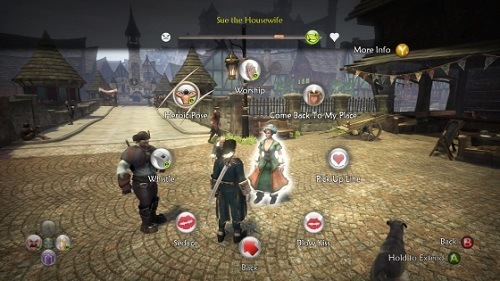 The game is again set in Albion and set five centuries after the original. The game world has obviously evolved much since that time and continues to grow with the player using its dynamic system. This creates a very vibrant and realistic experience as camps that you help early on in your journey may eventually evolve into towns or if you choose to destroy them will cease to exist entirely.

The Fable II main quest line is very linear but players aren’t forced to complete it and can adventure around the world at their own pace to interact with the inhabitants and complete side quests. Fable II introduces the option to choose your gender in the game series which opens up more visual options for fans of character customisation. This gender choice is also important because it creates family and relationship options within the game, which includes marriage and even children.

Visual characteristics aren’t limited to the start of the game though with the character morphing returning from the original. This morphing takes place over the course of the game as players either lean towards good or evil and purity or corruption with their decisions.

Evil players will slowly start to look demonic while goodly players will find themselves with light hair and a very paladin like appearance. This morphing extends to the pet dog that characters have throughout the game. Players also will gain weight depending on the foods they consume while adventuring adding a whole new level to the role playing genre. 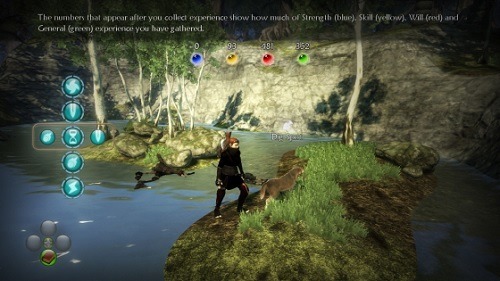 Fable II moves away from the “complete quests get gold” formula of other RPGs and instead requires players to work jobs within the game world to earn their coin. There is plenty of variety in these jobs so you can choose the ones that appeal to you and ignore the rest if you wish.

Fable II is a great continuation of the series and has plenty of game mechanics that quickly immerse you in the game world.