Fallen Earth is a MMO that combines FPS and role playing features with its post-apocalyptic game world to deliver an experience akin to the modern games in the Fallout series. Fallen Earth originally launched in 2009 as a paid MMO game before transitioning to a free to play game in 2011, it was later shut down for a temporary 2 year period between October 2019 and October 2021.

Fallen Earth is centred around the Grand Canyon area which is now a wasteland after a series of devastating natural events have left the country struggling to recover but also one of the last locations of human settlement. Due to a worldwide nuclear conflict and the rise of an assumed manufactured virus only around a percent of the Earth’s previous population lives on at the Grand Canyon and Hoover Dam which are central game world locations. 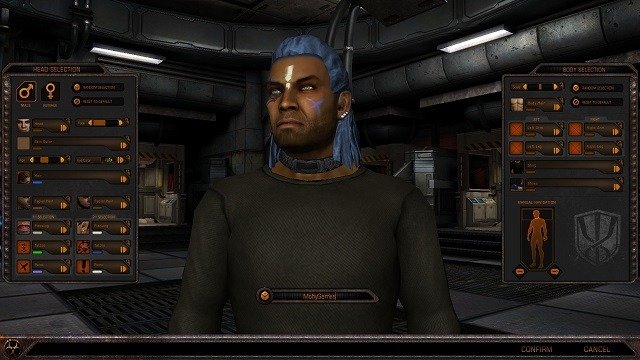 With this setting established for players during the detailed tutorial which covers the core game features players are set upon a path to influencing the future of the game world. With six warring factions in the broader wasteland that have their own agenda with plans that range from rebuilding the old world or allowing it to descend further into chaos.

Set out onto this impressively large game world players have mostly free reign of the open world and can see far in all directions while out questing and exploring the MMO landscape. This game world is split across 4 core sectors that have level ranges from level 1 to 55 along with 3 additional late game areas and a PvP specific sector. 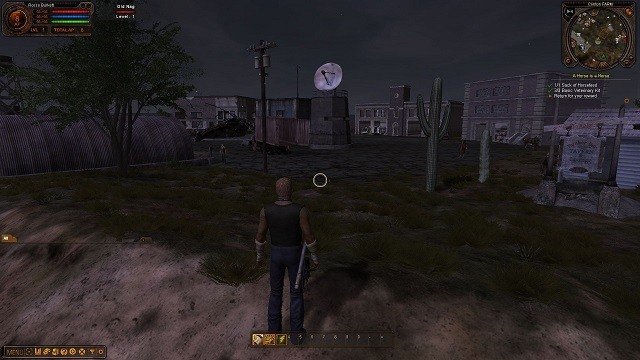 Across all sectors players will encounter a trading hub, faction towns, neutral towns and towns in conflict that all have your usual array of MMO NPCs and missions. To close the gap between locations in the 1,000 square kilometre terrain players can in time direct their resources into rebuilding a vehicle from the past which predominately includes ATVs, motorcycles and dune buggies.

Players are not exploring this Fallen Earth MMO game world as an unknown though with the ability to customise their character on creation from the normal array of character options (gender, size, skin tone, age, eye colour and hair style). Beyond these visuals players also have command over their primary stats that allow you to roleplay as a character that specialises in certain activities and weapon types. In Fall Earth these stats are Charisma, Coordination, Dexterity, Endurance, Intelligence, Perception, Strength and Willpower which directly impact your proficiency in certain game mechanics along with your core vitals like health, gamma and stamina. 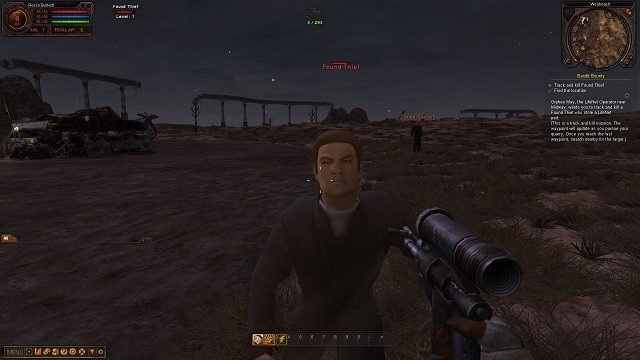 All of these relationships are fairly complex which allows Fallen Earth to capture a true RPG experience although the obvious trade off is the ability for new players to comprehend how it all links together and ultimately what they should invest their  Advancement Points (AP) into. Beyond core stats players during gameplay can progress their skills, tradeskills and acquire mutations which further refine the speciality of their Fallen Earth character.

With a lack of other MMOs on the market that are exploring the post-apocalyptic universe Fallen Earth is already a unique experience and it is only bolstered by the level of character depth players can investigate. Regardless of which faction you favour and where your journey throughout the Grand Canyon region takes you players are bound to find hours of enjoyable gameplay.

This review was first published on June 23, 2014. Read our update policy to learn more.