The bombs have dropped and Fallout 4 is climbing out of the rubble allowing you to explore a devastated Boston landscape in the year 2287 over two centuries after the world was taken to the edge by nuclear war. Released on Windows, Xbox One and PS4 as the fifth major game in the Fallout franchise Fallout 4 has everything you’ve come to expect from the post nuclear war series and is once again split between the base game and various Fallout 4 DLCs. 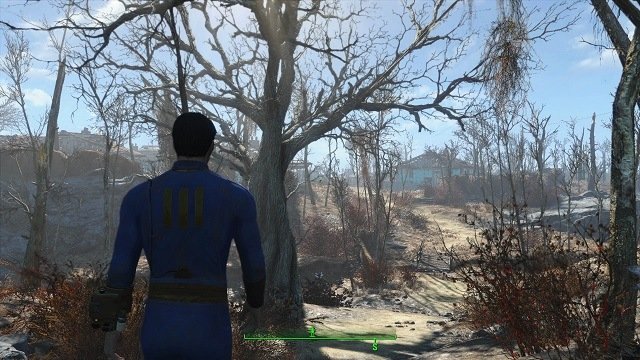 For the first time though players will be able to experience the day that the bombs were dropped around the world with your adventure starting with your wife (or husband) and child in your retro futuristic home. Soon after creating your character with the familiar S.P.E.C.I.A.L. mechanics of Fallout you’ll be hurried off to the safe haven that is Vault 111 before emerging over 200 years later alone without your family. This is your drive to go out into the wasteland and explore the vast ruins as you hunt for your child with your fully voice acted main character (another first for the franchise).

Just like the open worlds before it Fallout 4 is large and full of quests, characters, towns and hidden mysteries in every computer terminal, torn pages and NPC conversation. While the main story will take you to many of these locations the full Fallout experience hides beyond this with a world of side quests, role playing, item hunting, crafting and settlement creation building out the Boston. While many of these won’t be foreign to Fallout fans the settlement creation is an entirely new experience in Fallout 4 and allows you to establish a base (or multiple) across the world. 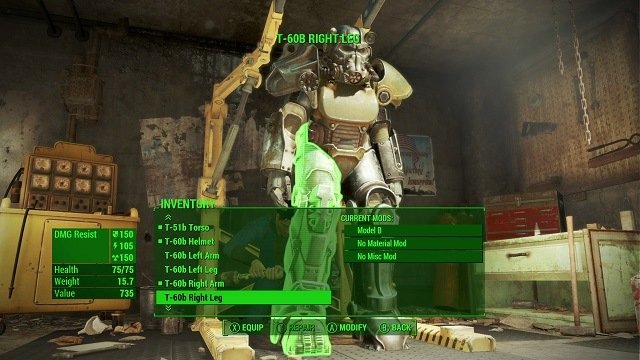 Allowing you to have a base of operations to store your loot and power armour collection this settlement is also a resource generating machine with settlers happy to farm crops, water and other crafting materials while you are away to help your adventure. With the deadly new Synth enemy who are robotic in nature and have the ability to hide among the human population these resources will be a vital stream.

To even the combat playing field the popular V.A.T.S. mechanic returns which allows players to now slow down time (previously pausing it completely) to target particular body parts for attack. While this slight adjustment has little impact on the usefulness of V.A.T.S. it surprisingly adds a lot to the realism of your combat and keeps it fluid. When combined with the significant improvement in gunplay in general Fallout 4 is one of the most combat satisfying titles in the franchise to date. 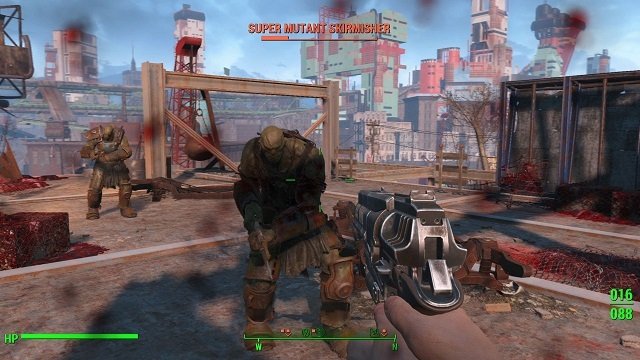 It’s by no means a combat focused Fallout adventure though with plenty of choice through the S.P.E.C.I.A.L. and perk systems returning although it’s a slightly trim downed version of what Fallout fans have seen before. Unfortunately this isn’t the only feature that has seen some cutting either with role playing taking a hit in the dialogue department in particular with simplified conversation options that don’t really feel like you’ve got multiple conversation paths to take, a side of effect of having a voice acted experience most likely.

Ultimately this means Fallout 4 adds a lot of features (item crafting, unique weapons and settlement building) but comes at the cost of the role playing features which put it in a weird place. That being said it’s still a worthy evolution of the franchise that seeks to bring Fallout 4 into a new generation of players by ensuring accessibility to a wider audience but turning away some of the more hardcore role players among us.