Fallout Tactics: Brotherhood of Steel takes place in the apocalyptic setting that the Fallout universe is known for and opts for a tactical RPG approach ensuring plenty of strategy, customisation and story to be enjoyed. 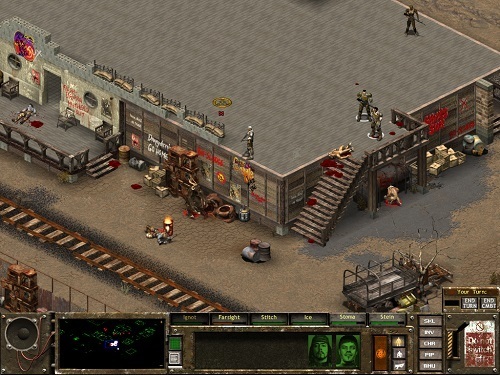 Following a fresh squad in the Brotherhood of Steel faction you’ll accept mission after mission in the wasteland as you help inhabitants and find yourself in the middle of a desperate and seemingly endless war. Similar to other additions to the Fallout universe players can enjoy multiple endings depending on their decisions through their adventure which does encourage a replay factor.

Most missions are activated through the general in charge of the bunker who instructs your squad to accomplish a certain objective. The locations are quite varied and range from abandoned factories and towns to military camps and vaults.

In order to control your team in Fallout Tactics players can use one of three different turn based systems that can alter gameplay significantly. Your options are Individual Turn Based (ITB) mode that was used by the first few Fallout games or alternatively you can opt for a variation known as Squad Turn Based (STB) which swaps turns between squads rather than individual players.

The most satisfying option though and one that is particularly useful for some of the easier enemies is CTB, a semi real time mode where movement occurs in real time with attacks using your available action points which regenerate based on a character’s agility points.

Fallout Tactics wouldn’t be able to call itself a squad based tactics game without a significant amount of squad development and Fallout Tactics definitely has this in spades. While you’ll start with just 3 recruits you can quickly add in new members to your team from the six unique races featured in the game which includes humans, ghouls, super mutants, deathclaws, dogs and robots. 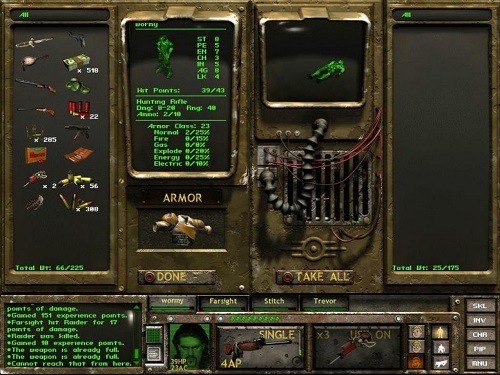 Of course skills, traits, stats and inventory are also up for customisation allowing two players to make their way through the campaign using entirely different tactics.

While the age of Fallout Tactics can turn many players away those willing to take the time to learn the mechanics and enjoy this classic will be rewarded.

Games Finder is a Steam Curator and featured in the aggregate review scores data of MobyGames and Neoseeker.
FEATURED ON
Games Like Baldur's Gate, Games Like Fire Emblem, Games Like Jade Empire, Games Like Wasteland 2, Games Like XCOM
LEAVE A REPLY Cancel Reply