Fantasy Life packs in a huge amount of customisation, cute graphics and a large open world for Nintendo 3DS players to explore with the game drawing inspiration from similar simulation role playing titles for this portable console. With a dozen different lives (classes) that each have their own activities and quests it’s easy to get lots of replay value from Fantasy Life as each life promises a unique experience that builds on similar adventures in this gaming sub genre. 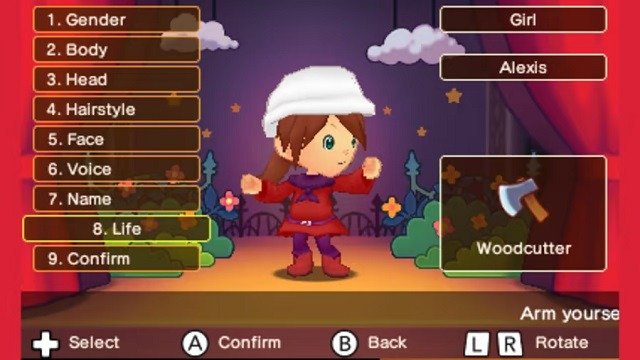 Set in the world of Reveria you’ll spend the first few minutes in Fantasy Life customising your avatar and choosing which life you want to begin with (although this decision can be changed relatively quickly into the start of your adventure). The fantasy world of Reveria has always been a peaceful location with three major lands known as Al Maajik, Port Puerto and Castele each ruled over by leaders who focus on guiding citizens through their choice of life path that each area is known for.

While peace has been been the status quo for generations players start their adventure soon after a purple meteor smashes into your house which kicks off a series of events that link to an ancient prophecy. Based around the moon goddess of Lunares players investigate the meteors known as the Doomstones and the dark energy that landed at the same time. Players will not be alone in their journey though with a magical talking fairy assisting players who themselves has their own important role in saving the world of Reveria. 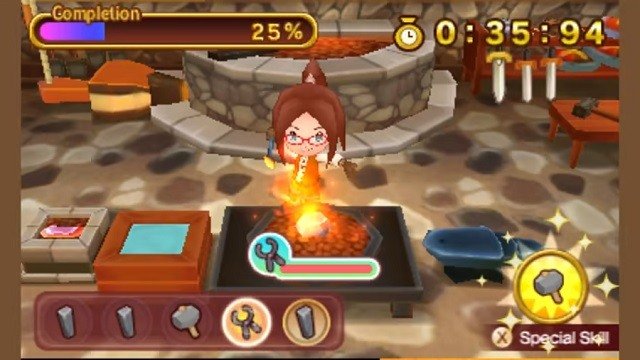 While Fantasy Life does have this main story as your ultimate goal players who limit themselves only to this story will only experience a small percentage of the actual gameplay on offer. Fantasy Life is definitely a game that encourages broader exploration of the world and the different available lives to get the full experience. These lives serve as the game classes in Fantasy Life and include alchemist, angler, blacksmith, carpenter, cook, hunter, magician, mercenary, miner, paladin, tailor and woodcutter which are broadly combat, gathering and crafting roles.

While they each have their own importance in the game world each class is loosely connected and relies on other lives to optimise your progression. For example players might obtain ore with their miner and craft a piece of armour for their paladin to fight enemies using the blacksmith. The game doesn’t force you into every role though with room to ignore some of them completely and still manage to get through the game without too much difficulty although this is far from the optimal route and you’ll be doing yourself a disservice by ignoring the fundamental mechanic of Fantasy Life. 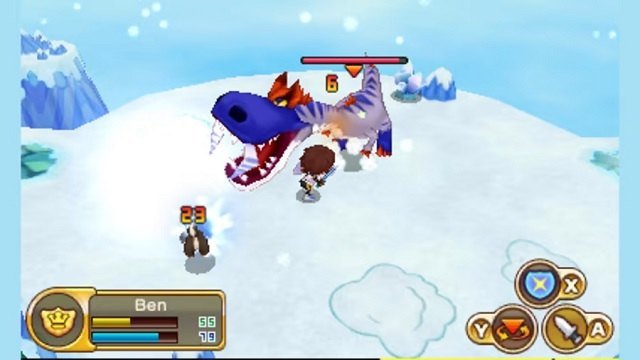 Engaging with each of these lives is also clearly encouraged in the core game design as each has their own Life Master that will assign tasks to the player and allow for rank ups. With ranks players improve in efficiency and unlock new mechanics within each of these lives to make your progression through the main story. This also works in tandem with the Bliss Points system that is rewarded for your activities and results in larger houses, unlocking new locations, meeting new allies or additional storage space. With the ability to switch life classes at nearly any time it doesn’t take long for you to forget your main objective as you mine, hunt, craft and much more in the world of Reveria to achieve your next set goal. Between the large number of quests, combat and various activities Fantasy Life has something for everyone and is a full 3DS journey from start to finish.

Games Finder is a Steam Curator and featured in the aggregate review scores data of MobyGames and Neoseeker.
FEATURED ON
Games Like Animal Crossing, Games Like Harvest Moon, Games Like Mabinogi, Games Like Rune Factory, Games Like Stardew Valley
LEAVE A REPLY Cancel Reply