Fantasy War Tactics brings the popular turn based tactical genre to the mobile scene with Nexon’s mobile creation that builds on their impressive list of mobile and PC MMO titles. With a more single player focused offering although there is sstill plenty of community interact Fantasy War Tactics challenges players to collect a team of your favourite heroes as you advance through a PvE campaign and claim the PvP titles should you wish to venture into the player vs player arena. 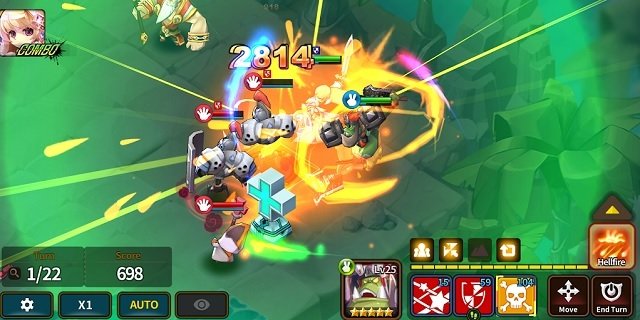 Your objective in Fantasy War Tactics is to take over the world one mission at a time with your own squad while battling enemies and powerful bosses across the massive 180 stages which continues to slowly grow with updates to add new varied areas and challenges. Each stage lets you take 5 heroes with your objective to defeat all the enemies within that stage using your selected squad of fighters. As these are predefined instanced stages if you fail you’ll be better armed for your next attempt as you’ll understand what to expect from the environment and types of enemies you’ll need to counter.

For each victory a healthy dose of experience, gold and equipment will be rewarded to the player which can be used in turn to power up your team to tackle the increasing difficultly curve of Fantasy War Tactics akin to most RPG titles. Once a stage is complete it can be farmed for extra goodies or attempted in a hard mode which modifies the possible rewards as well. For grinding players can opt to use the automated AI to complete levels although it is only an option after you’ve sufficiently advanced beyond that particular stage. Regardless it still provides a reliable method to accrue money and items from stages long past in an efficient manner.

Living up to its name Fantasy War Tactics does feature a wealth of tactical mechanics to consider when planning your attack route in each stage. Things such as high ground, tile types, character type and counter attacks need to be considered with every turn to ensure the tactical decisions that you make have as much to do with your victory as does your squad power.

Your other strategy lever is your character selections, which is where Fantasy War Tactics opts for quality over quantity which also makes it more approachable for beginners and encourage some experimentation. You’ll have the choice of over 50 different characters with different stats, skills and strategies for each. While you’ll unlock most of these as you progress additional characters are available from achievements or by obtaining fragments from stages which does away with most of the randomness that you might see in similar titles. Like the stages these are a constantly growing list of opportunities and feature familiar archetypes with the likes of a witch, princess, angel, healer, dragon, vampire, werewolf, ranger, bard and everything in between. 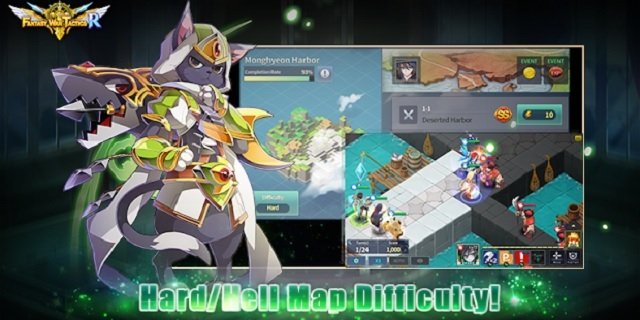 As one would expect from a Nexon title Fantasy War Tactics has plenty of quality components sprinkled throughout and thus is one of the best mobile tactical titles on the market. While you won’t avoid the entire grind that this genre often entails you’ll find it more approachable for the casual player looking to progress through a tactical PvE campaign.

Games Finder is a Steam Curator and featured in the aggregate review scores data of MobyGames and Neoseeker.
FEATURED ON
Games Like Advance Wars, Games Like Final Fantasy, Games Like Summoners War
LEAVE A REPLY Cancel Reply