Fantasy Wars combines turn based and tactical gameplay with a mythical game world of humans, orcs, dwarves and elves. With tree campaigns packed into the adventure there is a large amount of single player adventure to on offer. 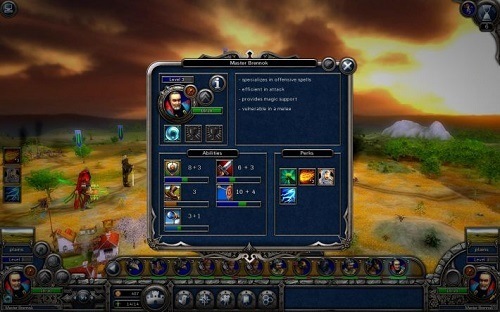 The variety that you’ll get to experience in this journey to claim the world as your own is the greatest attraction to Fantasy Wars with castle sieges, raids, reconnaissance and valiant defences. With a focus on deeper strategy that requires you to think not only about the number of troops but the composition and how they interact with each other.

Core gameplay takes place on the hexagonal map where you’ll command your units to move around and do your bidding to achieve your mater plan. Units have stats that fans of the genre would be familiar with such as movement points, attack, defence and health. Each unit has their own strength on the field of battle which is where the depth of strategy comes into the game as you use units like the rangers who are invisible and deal bonus damage in forest areas.

The three campaigns are persistent in that any progress that you make in a mission will carry over to the next (including losses). This is one of the true assets of Fantasy War as you grow attached to your troops and nurture them into devastating fighters through combat experience. With the majority of missions being time sensitive and rewards directly linked to your performance it is always a balancing act.

While this nature of the game makes it extremely interesting and does lead to some frustration if you aren’t a methodical player willing to take the time to plan out your movements. This is really evident in the mid to later stages of the game that stack the deck massively against you and without a solid foundation from the earlier missions you’ll have little to no hope of success. 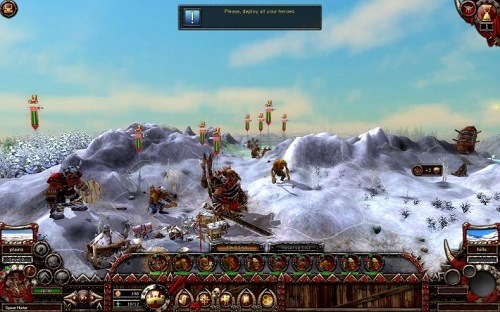 The game interface and graphics are the icing on the cake of Fantasy Wars with both serving their purpose of relying vital information. All the information is there where you want it and the visuals make it easy to digest what it happening on screen at a quick glance.

All the foundations of an addictive tactical adventure are there in Fantasy Wars, if you aren’t willing to sit down and create a plan to counter the brutal difficultly though this is one generic setting you can afford to miss.