Farm For Your Life is an interesting indie experience that combines zombies, farming, tower defence and even running your own restaurant into a single game experience. All of these gameplay elements are wrapped together into a cute graphical package and an affordable price that encourages gamers of all backgrounds to step into the colourful world. 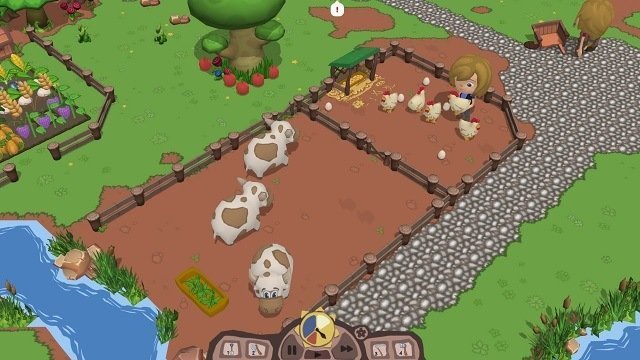 Set in a game world where a heavy storm has struck your quiet town and in turn unleashed the living dead it’s up to you the player and the few survivors to rebuild. The path you take in this rebuilding process is completely in your hands from designing your own character to choosing the parts of the game that you give the most attention although you’ll have to balance them all to some degree. These game elements include farming which is the primary activity, restaurant cooking and zombie tower defence.

With the farm as your base gameplay you’ll focus on growing your farm with all sorts of fruits, vegetables and eventually animals such as chickens and cows. Farm For Your Life offers 4 different tools to assist in the farming mechanics with a scythe for removing grass and weeds, an axe for chopping trees, a hammer to mine stone and a shovel to prime the soil for farming or dig for treasure. Each of these tools comes with a golden variant that can be unlocked from certain actions which boosts efficiency or provides an additional benefit. 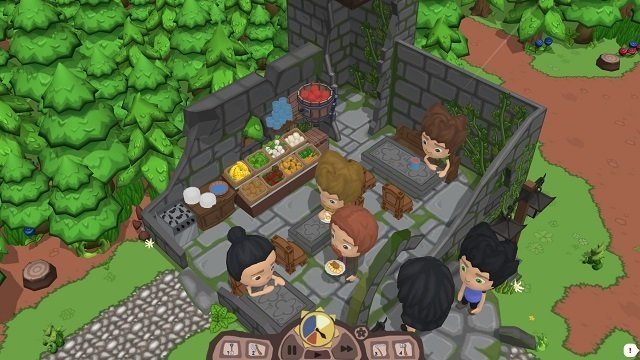 These resources are used across the restaurant and tower defence side of the game which can both prove to be significant drains on resources requiring careful farm optimisation. On the restaurant front Farm For Your Life surprisingly opts for a Fruit Ninja inspired mini game where ingredients will fly across the screen with players opting to slice their desired ingredients into the pot at the bottom of the screen. Based on the ingredients in the pot you’ll create a different recipe with the range and complexity of recipes expanding as the farm increases in size.

Uniquely in Farm For Your Life there is no evidence of a single game currency. Instead your restaurant customers can be directly bartered with based on items within their inventory which can help you overcome any notable deficiencies.

All of this changes when night falls across the land though with zombies invading from the outskirts of the town and slowly limping towards the players home, restaurant and farm. With your best defences crafted from your crops or the items you are able to barter from restaurant customers it’s a tower defence inspired mechanic. Players will also have to avoid zombies while out gathering resources at night if players opt to do so. 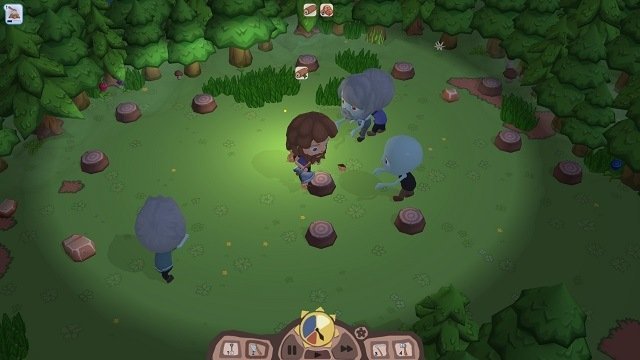 With all the elements that are involved in the game players will always have their hands full in one way or another, there is literally no waiting in the game which keeps you much more involved than similar farming games that might contain significant downtime. Beyond the scenes you’ve also got story based quests that slowly unlock more of the game world and associated recipes, crafting and mechanics.

With it’s family friendly setting, lengthy campaign of around 6-8 hours and the option to play a farming only mode which removes the zombies entirely Farm For Your Life has broad appeal and likely to keep you entertained with its fun, unique and varied gameplay.

Farm For Your Life