Fate is the first in a series of single player action role playing games released in 2005. With a simple but enjoyable formula that was market leading on release Fate acquired a number of video game awards alongside a loyal cult like following which continued with three sequels released in 2008 (Undiscovered Realms), 2009 (The Traitor Soul) and 2011 (The Cursed King). 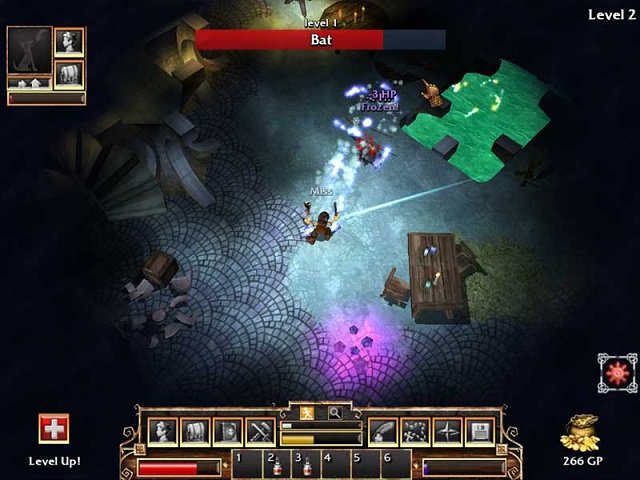 Adventuring from the town of Grove players find themselves on the edge of a dungeon gate that hides treasure and fame for those brave enough to venture into the depths. Ultimately players will have to reach up to dungeon level 50 to complete their assigned main quest while also resolving countless random side quests for the NPCs that call Grove home.

All of your combat in Fate is contained within this dungeon gate which creates a dungeon crawler adventure with the usual array of monsters and loot contained within. Like other games in the genre Fate relies on randomly generated levels so that no two floors or even playthroughs are the same for those want to venture multiple times into the original Fate universe. This is further encouraged with a retirement mechanic which can be activated after beating your main quest which lets you play as a descendant and brings its own benefits. 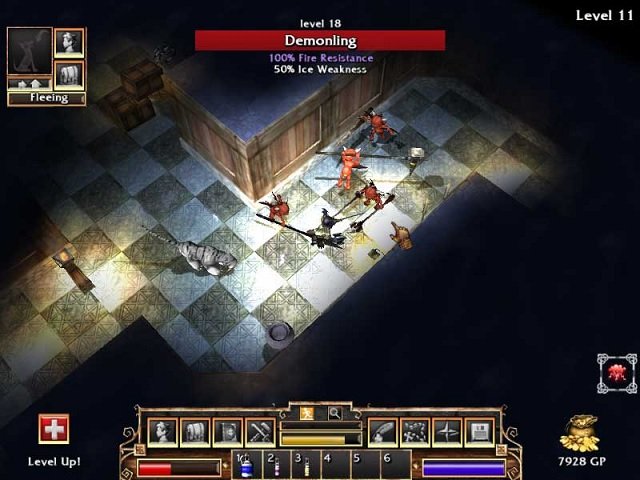 At the start of each Fate attempt players will select from the four difficulty settings of page, adventurer, hero and legend with some basic customisation and gender options. During this creation phase players also have the ability to name their pet dog or cat although there is an absence of a class choice. This is because Fate does not use a class system and allows players to create unique characters by combining skills from several archetypes to create their perfect character.

This is primary done through your choice of weapon that works alongside your stat and skill choices with each level up. These stats cover strength, dexterity, vitality and magic while skills offer direct magic attacks alongside general boosts to specific playstyles. Fame awarded from completing quests or bribing a NPC in Grove in Fate also serves as an alternative method to acquiring power which rewards diligent quest completers with additional skill points. Much of your character power in Fate will of course come from the equipment you choose or find which includes unique artefact variants and gems to modify statistics further. 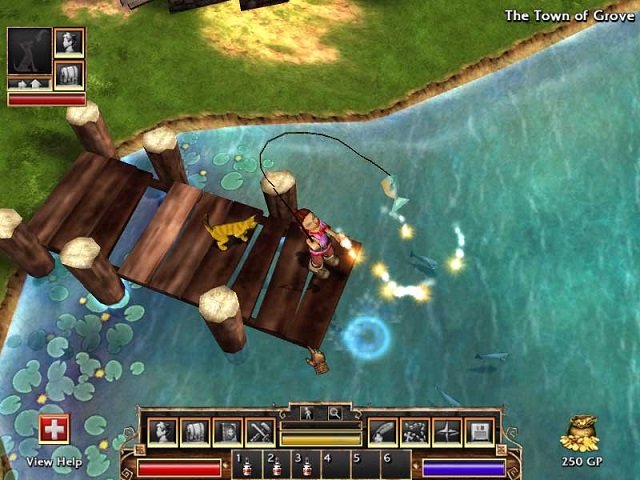 If you do meet an untimely end in Fate you’ll have a few choices from the cloaked figure that approaches you when your health reaches zero. This includes returning to town at full health but dropping all your gold on the ground which disappears after 20 minutes, sacrificing experience and fame to respawn at your current location or handing over a smaller amount of gold to respawn at a nearby level.

Outside of combat players can also fish from various fishing pools within the dungeon provided you’ve purchased a fishing pole. Not only serving as a secondary source of game loot fish can also be fed to your pets to transform them into more powerful forms to become a combat ready ally and gives them additional functionality beyond just selling items for you by making trips back to town.