Feral Heart is one of the few games around that lets you assume the role of an animal in a MMO style world. Paired with role playing elements that let you customise your character and explore a diverse world Feral Heart is a free to play adventure that lets players connect with others using their lion or wolf avatars. 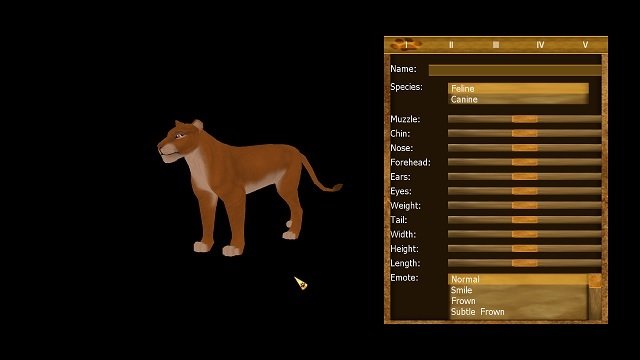 This MMO formula forms the foundation of your adventure with the world of Feral Heart open to players who will have plenty of fun as they make new friends, explore a large open world and chat with other players. Before you can step into this animal world players will need to create their own avatar with this customisation also one of the best elements of the game and ensures you’ll be unlikely to encounter someone with the exact same avatar. Where colour options are available they also use RGB sliders to further define your unique look.

In Feral Heart this includes players selecting their name, species (feline and canine) and alter various body aspects of their lion (feline) or wolf (canine) avatar. These options include muzzle, chin, nose, ears, eyes, weight, height and length along with the default emote on their face. With many of these elements being slider based its truly your own character built from scratch. This is only the beginning of avatar creation in Feral Heart though with players then being able to alter the tail, mane, tufts of fur and unique markings on their body to further allow players to create something unique. 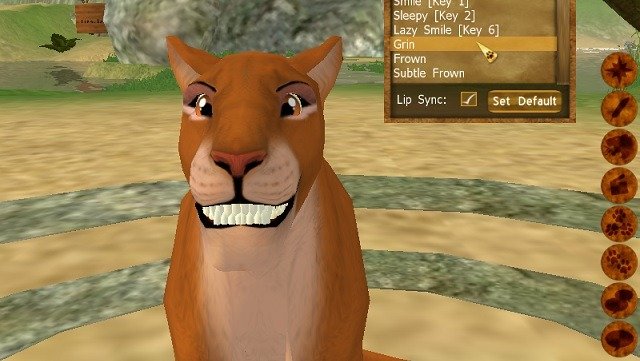 Once players are happy with their customised avatar which can easily take dozens of minutes depending on how deep you want to dive into the diverse list of options players are ready to enter the game world and communicate with others. Controls are fairly typical with players using a WASD control scheme for character movement and arrow keys for the camera position. Players can also you run, jump, swim, dash, crouch and even fly which ensures you can move through the environments without significant effort.

In game players can also toggle their map, alter their personalised character bio and add friends through the in game friend, party and group systems. Making friends is central to gameplay as you walk around making friends, chatting and using the large number of actions or emotes that your character can perform. Actions include typical animal movements like laying down, swinging their head or stretching while emotes aren’t quite as natural with a range of smiles, grins and frowns. 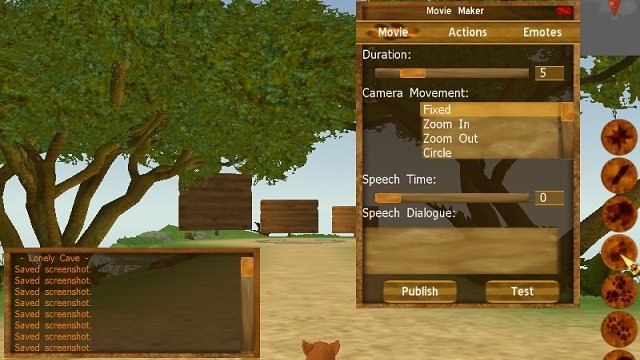 Feral Heart also has a movie maker system where you can pair these actions and emotes together to make a short duration movie to share with others. This isn’t the only sharing with others mechanic in Feral Heart though with players also able to make their own presets, maps and objects that can be imported into the game for others.

Games Finder is a Steam Curator and featured in the aggregate review scores data of MobyGames and Neoseeker.
FEATURED ON
Games Like Animal Jam, Games Like Star Stable, Games Like WolfQuest
31 COMMENTS
LEAVE A REPLY Cancel Reply