Released in April 2012 Fez is a puzzle experience like no other with its focus on game world manipulation (rotation) to solve puzzles rather than direct interaction from your avatar. With this unique premise combining with a fantastic art style and story Fez is a puzzle game that is more about the experience and overall design than delivering extreme brain teasing puzzles. For those that do consider themselves hardcore puzzle gamers that desire insanely difficult puzzles the anti-cube system more than makes up for the simpler core experience with puzzles that require careful step completion and even language interpretation to unlock these items often hidden in plain sight. 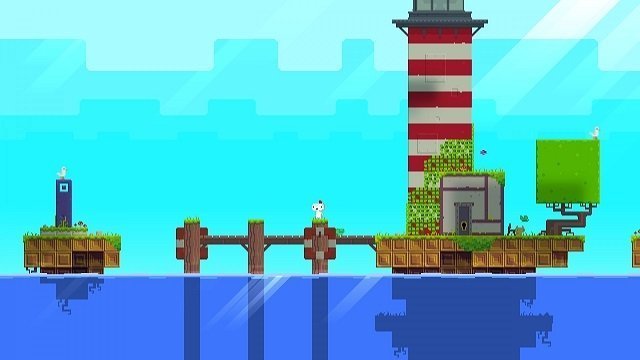 Within the world of Fez players control a 2D creature known as Gomez who explores the blocky environment after he discovered a powerful and mysterious device that unlocks the third dimension. This device known as the Hexahedron opens up an entirely new perspective to life that Gomez was entirely unaware of. Soon after its discovery however the Hexahedron explodes into 32 shards and now threatens to tear the world apart if not restored.

Starting your adventure soon after said explosion Gomez takes on the task of locating all 32 pieces of the Hexahedron and returning them, ultimately saving the 2D world. On top of these pieces veterans of the genre can tackle the games optional anti-cube puzzles which hides these items in plain sight but protects them with a series of specific actions, language or numbers that require careful deciphering and often reveal secret areas. 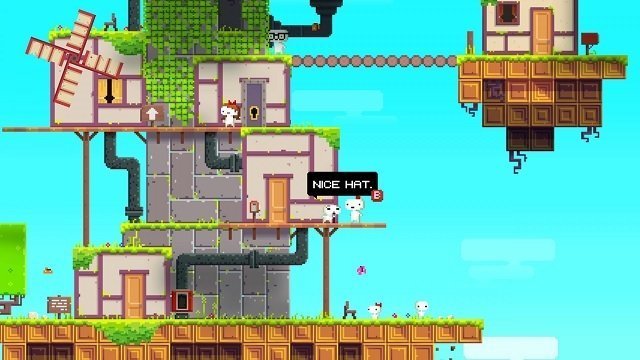 In general though the puzzles in Fez  are more focused on platforming using the core rotation mechanic. Gomez is capable of all traditional movements such as jumping and climbing while also being able to interact with various objects such as switches for puzzles. The game world is also presented beautifully with a fun and bright art style that makes the world just as interesting as the puzzles within it.

Rotating the game world is really the primary puzzle solving mechanic however while also being the most fun and unique element that Fez has to offer. Activated at any time during a level the 2D game world can rotate to allow players to reach ledges or doors that were previously hidden or out of reach. While easy to grasp the uniqueness of the mechanic and specific interactions it creates will take some forethought and playtime to become second nature and truly leverage the mechanic at which point puzzles do loss a bit of their mystery and difficulty. 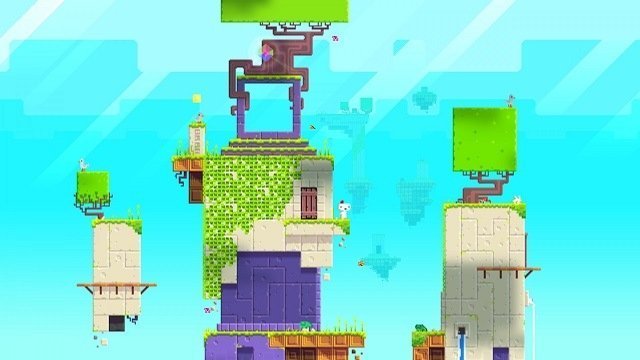 With your cute Gomez character attempting to save the world combined with the interesting rotation mechanic it is hard not to love what Fez offers. The anti-cube system also provides significant challenge although the lack of difficulty in the core puzzles creates a gap where good (but not great) puzzle gamers might find it too easy while avoiding the anti-cubes as they are too difficult.

Games Finder is a Steam Curator and featured in the aggregate review scores data of MobyGames and Neoseeker.
FEATURED ON
Games Like Antichamber, Games Like Machinarium, Games Like Monument Valley, Games Like Portal, Games Like The Room
LEAVE A REPLY Cancel Reply