Fiesta Online is a free to play MMORPG with an anime inspired design to both visuals and broader gameplay as players adventure across the world of colour and magic with their own customised hero avatar. Online since 2007 Fiesta Online has a wealth of history and community with many players having nostalgic and current day adventures in the MMO world. 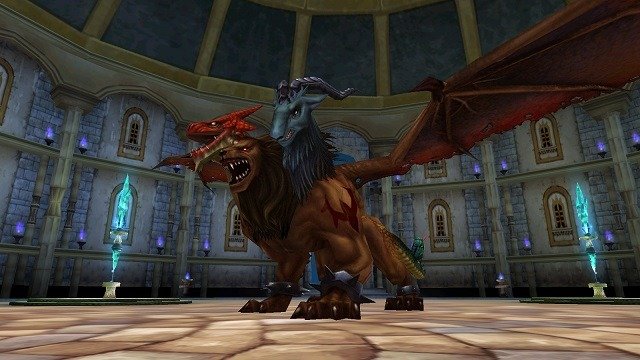 This world known is Isya offers the usual array of MMO features with countless quests and challenges for you to embark on with friends outside and inside the game. Joining this world to to create your own story as one of the 6 available classes all players will find their preferred class from the familiar video game archetypes.

In Fiesta Online this means classes of fighter, mage, cleric, trickster, archer and crusader with each advancing to higher class ranks at level 20, 60 and a branching choice at level 100. Each character has their own separate skills to use which are split into active, passive and alchemy skills. Active are the skills you’ll be using in combat while passive skills always remain active and can give you the edge in a fight and provide a surprising amount of customisation. 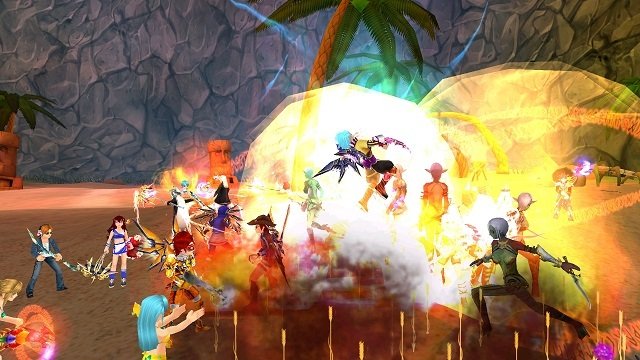 The fighter serves as your powerful melee class that can wield both sword and axe with their tanking abilities useful for solo and party content although they are let down by their low magical defence. Advancing to either a gladiator or knight at the level 100 mark players can utilise devastating whirlwind attacks or temporarily increase their strength at the cost of defence for short periods with the vitality skill. The mage of Fiesta Online is the primary magic fighter with masterful control of the fire, ice and lightning elements cast from their wand or stave although they start with only the single weak magic missile spell. Eventually taking on the role of warlock or wizard these high damage and area of effect specialists are susceptible if enemies get to close to them. The clerics make for a powerful ally as they hold their shields high alongside their mace or hammer to heal or revive enemies on their pathway to become a holy knight or guardian.

The trickster fills the assassin role as they fight with claws or blades to damage enemies eventually promoting themselves to a reaper or spectre. Masters of single target damage their skills like burning flash, force slash or razor claw give them various utility although the lack the defence to be in close range for long. The archer is similar in this regard although attacks from far away with their bows and crossbows which are enhanced with poisons. Eventually progressing to sharpshooter or ranger they have the highest attack rate of all classes and can even buff the aim of their teammates. Lastly is the crusader who carries a large two handed sword of magical energy into battle as a damage dealing support. 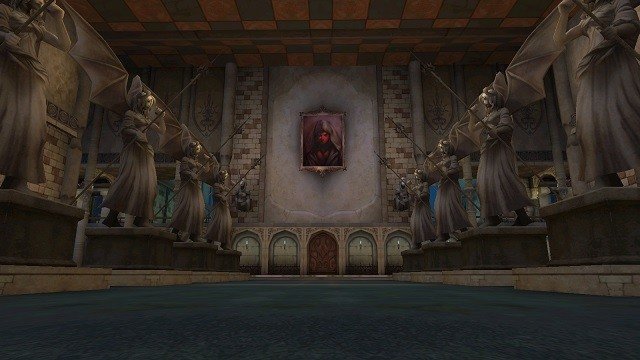 Further character depth is offered through the unique approach to the skill system of Fiesta Online and provides you with plenty of flexibility in how you want your character to develop. Instead of simply levelling your skills players are given freedom in how they want the skill to grow which allows for example players to level up the skill by boosting its damage (or effect), reducing its mana cost or lowering the cooldown.

Economic skills also exist and provide a source of money making across gathering, creation and crafting giving you something to level up alongside your combat power. Fiesta Online is also far from short on other staple MMO features either with in-game titles for achieving certain goals, monster cards for killing enemies, plenty of PvP options, weddings, housing and guild mechanisms.