Final Fantasy Tactics: The War of the Lions is the updated version of the acclaimed tactical role playing game originally released in 1997. Available on the PlayStation Portable and eventually brought onto iOS and Android this release is the best way to get your hands on this much loved historical Final Fantasy tactical experience.

The bare bones of the original are still there but the updated version comes with dramatic improvements that you would expect to see in a modernised version. This includes a change of display ratio, newly rendered cutscenes and general graphical uplift. On the gameplay front you’ll find multiplayer (PSP only) along with new jobs and characters that expand the originals strategic focus further. 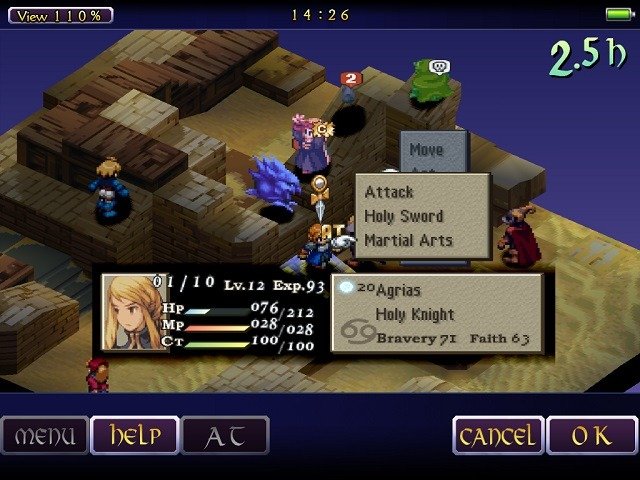 Set within a medieval kingdom known as Ivalice players join the world of Final Fantasy Tactics: The War of the Lions which is suffering through a lengthy war that has spanned several decades. The result is a split between class lines with the noble monarch families, peasants, lords and military all tangled together. The main fighting though takes place against two independent armies of the Order of the Southern Sky and Northern Sky that are both vying for control of the monarchy. Set across 4 game chapters players will recruit a number of permanent party members throughout their own storyline as the mercenary Ramza Beoulve and party who is aligned to the Northern Sky and his House Beoulve.

Using medieval weaponry and a large range pf spells players will fight their way through the world with their party in a series of instanced battles on a game grid in traditional tactical style. While not the first game to use tactical combat the mixture of Final Fantasy quality allowed the game to achieve new heights in the genre in terms of depth, story and music on original release which still holds fairly true for the remastered modern day versions. 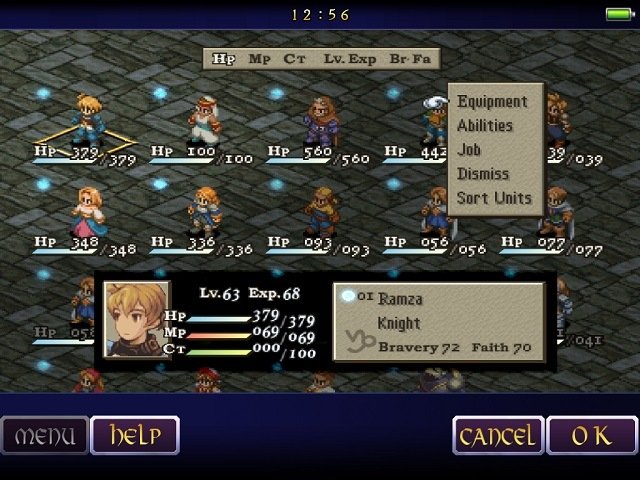 Combat on the tactical battlefield requires players to move their units in a chess like faction while considering the obstacles and terrain environment which provide buffs and debuffs to your characters. Players are also encouraged to flank around their opponents with additional attack success for rear attacks as opposed to head on confrontations.

Jobs are the heart of Final Fantasy Tactics: The War of the Lions combat strategy though with physical, magic and special jobs giving players dozens of options that have their own stats, equipment and abilities to consider. The basic Squire for example serve as average fighters that utilise swords, axes or flails and come with a medium HP pool before progressing to either a Knight or Archer at level 2 to specialise their skills. In addition to jobs each character is also assigned one of the zodiac signs which alters the amount of damage they can deal to specific gender and zodiac signs. With permanent death for characters that stay incapacitated for a number of turns there is lots of incentive to carefully plan your moves to keep your powerful heroes alive that you have developed throughout the course of the game. 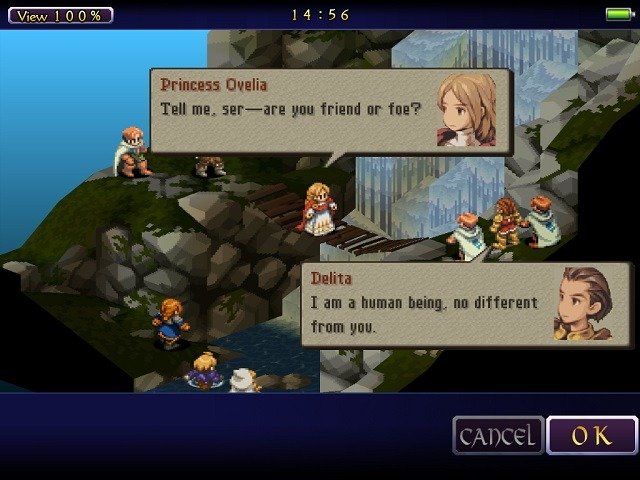 Outside of combat Final Fantasy Tactics uses a simple overworld map where players move between locations with a chance of random battles depending on the location. With a number of towns and shops sprinkled between the wilderness areas to recover your health, equip items and even send out your heroes on automated tasks to boost your pockets provide suitable side activities to support you in combat and story progression.

With War of the Lions tightening up an experience that was already a pinnacle of the genre for its time and adding multiplayer for PSP gamers you’ve got a great excuse to revisit this classic or find out why the game was so popular for the first time.

Final Fantasy Tactics: The War of the Lions