Final Fantasy XIV: A Realm Reborn (also known as Final Fantasy XIV Online) is the relaunched version of the 2010 Final Fantasy MMORPG adventure that addresses the key issues of the original. With vast enhancements players are finally able to experience the MMO and Final Fantasy universe that you’ve always craved.

Set on the continent of Eorzea players have a wealth of ancient lore and locations to explore with the map split into various city states that have their own biomes and specialities. Players join this world in a fractured state with many alliances and enemies having been made through the events of the past that involved politics, warfare and economy. 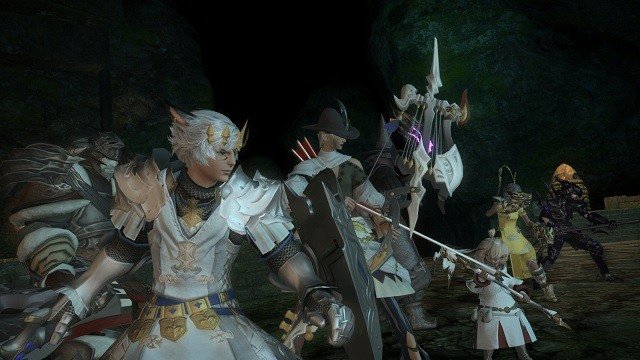 This is not the first time the world has been at the edge of its own destruction though with a number of Umbral destruction periods that are followed by Astral eras of growth. While there was hope from the current inhabitants that the current Astral period would last forever the Garlean Empire has recently started the next Umbral period through their aggressive research and military positioning.

With the scene set Final Fantasy XIV Online gameplay is typical of the MMO genre with players selecting their character from various race and class options with some visual customisation available for players to put their own stamp on the fantasy world. In total you have eight playable races in Final Fantasy XIV Online which each start with their own attributes, height and other unique visual traits. Your starting class though which impacts your future jobs is where your key decisions lies with the usual archetypes of tank, healing and DPS that come with their own starting equipment and city. 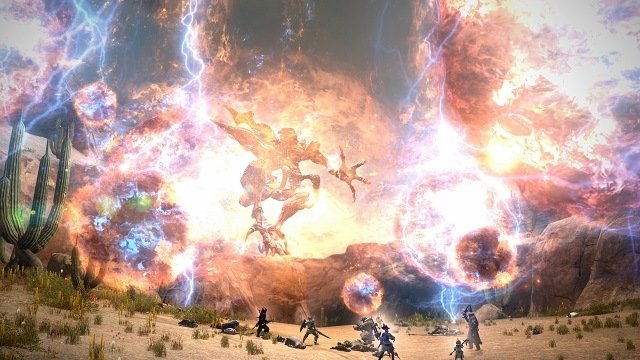 While your starting classes have fairly basic designs the branching jobs available from Final Fantasy XIV Online ensure most players will find their ideal mixture of gameplay. Melee DPS for example gives players options such as the Monk, Ninja or Samurai that specialise in different weapons, combat speed and other abilities. Each of these characters depending on your selection is also initially aligned to the Disciples of War or Magic which can be further expanded to Hand and Land that imparts practical utility skills for players to participate in the game economy through blacksmithing, mining, fishing and similar skills.

Ultimately a MMO experience is about your journey through the world and Final Fantasy XIV Online has a solid progression path from the usual array of quests and other PvE activities. PvE goes beyond just completing quests for the various NPCs that live in the fantasy game world though with players able to attempt instanced dungeons and random Full Active Time Events (FATEs) consuming just as much of your gameplay time to ensure a good balance is created in your PvE opportunities with solo and party options across this content. 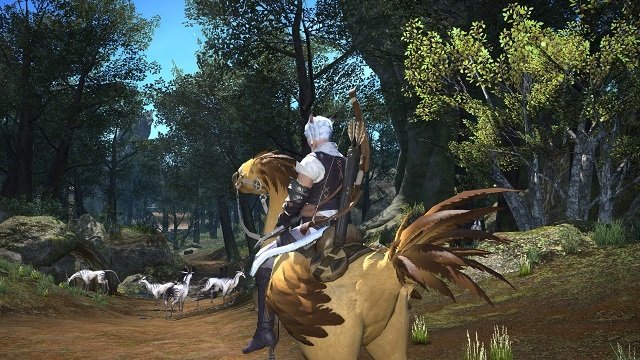 As you approach max level in Final Fantasy XIV Online you’ll notice a familiar MMO shift to difficult large group content across PvE and PvP where you’ll seek to acquire the best gear and status the game has to offer. For PvP you’ll find three core modes that offer small scale skirmishes of 4 person teams in The Feast, larger scale battles with 24 person teams known as Frontlines and Rival Wings which has elements of PvE and PvP. While this part of the MMO experience is definitely better with an organised group or guild there is matchmaking built in to pair lone players with others although your results will vary as expected.