Bringing the popular franchise to mobile Fire Emblem Heroes is a free to play variant of the highly acclaimed strategy and tactical franchise. Drawing characters from the entire lore of the Fire Emblem series it’s a nostalgic adventure for fans but friendly enough for newcomers to thoroughly enjoy the mobile experience too. 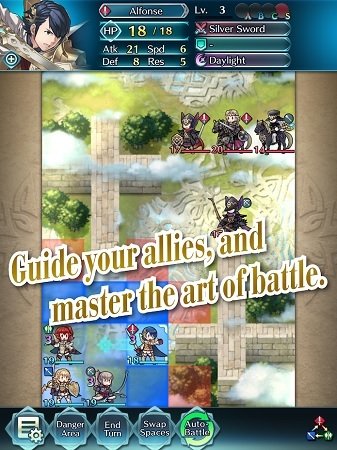 The setting of Fire Emblem Heroes focuses in on the war between the Askr (Askran) and Embla (Emblian) nations with players stepping into the war as a powerful summoner who can command powerful units from across the Fire Emblem games. Assisting the Aksr empire players join the Order of Heroes across a number of book based campaigns that take you across the land with thousands of PvE content stages. With each book having their own high quality introductory movie sequence you’ll find the high production values you’ve come to expect from the broader Fire Emblem franchise.

Despite the transition of the title into the free to play and mobile realms Fire Emblem Heroes also retains much of the tactical role playing game elements. While it’s a trimmed down version in some regards due to hardware and device size limitations there is enough tactical strategy retained so each decision still holds weight and can’t simply be played on auto pilot. 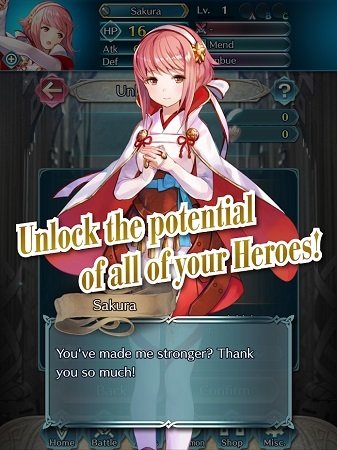 The core of your Fire Emblem Heroes experience will be familiar to veterans of the franchise with grid based maps  filled with different terrain, objectives and rewards which players will conquer by selecting their own party of heroes. Facing mountain terrains and enemy walls you’ll have to capture enemy camps, defend your location for a certain number of turns or out position enemy forces.

Each hero available to players comes with their own attributes based on class ranging from heavily armoured units with limited movement capabilities to flying ones that can surpass mountain terrain that other units cannot and a vast range of other abilities. Units also have their own weapon properties, stats (HP, ATK, SPD, DEF and RES) that grow over time and need to be considered in how you utilise them on the battlefield. 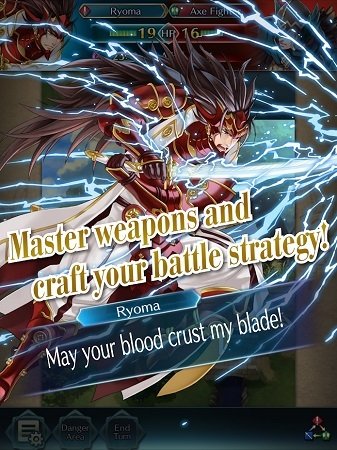 With your party selected combat in Fire Emblem Heroes stays true to the larger franchise as players take turns moving their units and engaging on the enemy before the opposing team will do the same. Attacking is generally limited to the area surrounding the character depending on their weapon and if within range the enemy will respond with a counter attack.

Damage is primarily driven by the same rock-paper-scissors gameplay that drives the main franchise with colour typing of red, blue and green having advantages or disadvantages against another colour type. Accordingly much of the strategy involves moving your units appropriately to obtain favourable match-ups factoring in the enemy, the map terrain and your ultimate objective for that stage.

Fire Emblem Heroes focuses heavily on the PvE elements with story missions wrapped within chapters alongside rotating missions of challenge, a training tower and PvP style battles against the teams of other players controlled by the AI. All of this assists with players generating orbs to summon a growing pool of heroes to increase the strength of your overall team or obtain greater variety of options for the next battle.

Games Finder is a Steam Curator and featured in the aggregate review scores data of MobyGames and Neoseeker.
FEATURED ON
Games Like Advance Wars, Games Like Idle Heroes, Games Like Summoners War
LEAVE A REPLY Cancel Reply