Firestone Idle RPG sends players to the world of Alandria to outfit their own force of units to battle both Undead and Orc foes who are bringing darkness to your home. Greeted by the Goddess Aurelia who serves as the Goddess of War you’ll be guided through the process of developing a fighting force to push back the evil forces on your doorstep. 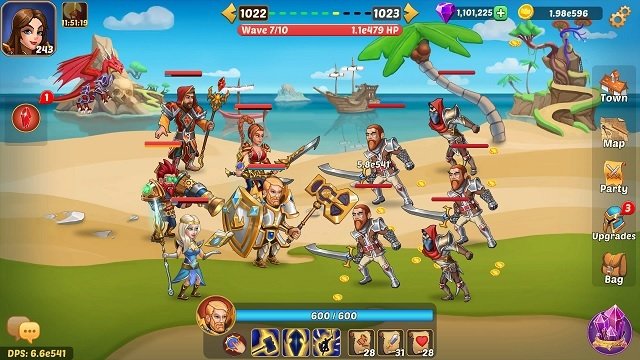 With a familiar formula to anybody that has played an Idle RPG title players will click their mouse to perform attacks in the opening sequences which sounds out a bolt of fairy lightning to the Orcs in front of you. With enemies leaving behind a healthy amount of gold for looting you’ll invest this into upgrades to make your attacks stronger and move through the stage and waves of Firestone Idle RPG.

Early on you’ll encounter your first idle hero Talia the warrior who once placed into your formation automatically attacks enemies in each wave (of which there can be multiple). Later on you’ll find Burt the Rogue and Solaine the Mage who have their own various attributes, abilities and gear. While these serve as your core 3 early game heroes you’ll be able to unlock over a dozen characters in the later stages of Firestone Idle RPG. 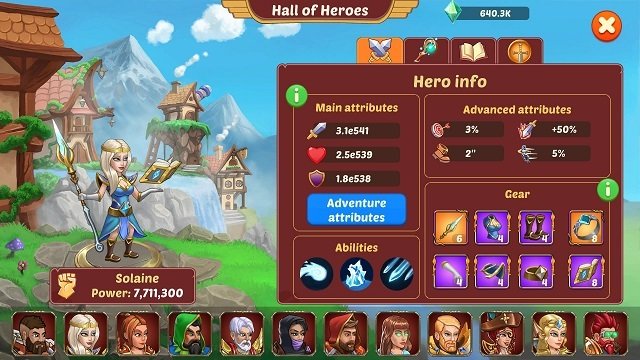 This is where Firestone Idle RPG begins to shine amongst the other idle RPG titles in the genre with a wealth of number crunching and optimisation able to be performed to make your rise through the waves easier. From the main attributes of health, damage and armour which are the core of your battles and can be upgraded to gold to the advanced attributes that serve as modifiers to critical chance, critical damage, attack speed and dodge.

Abilities and gear are the most active portion of party management though with each hero having three abilities that can be used from their resource pool which regenerates over time. Importantly though only your party leader can use their skills giving players another tactical decision on top of their party formation which controls who takes the largest portion of damage from enemies. 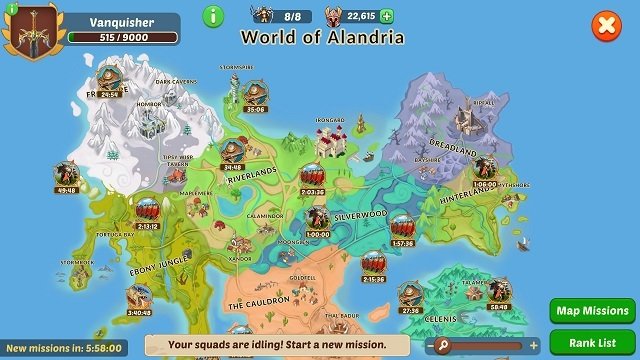 Meanwhile on the gear front you’ll find attribute boosting gear in chests that also has a 6 tier rarity rating system and enchanting system behind it to keep you gearing up and making progress to the end game (part of which is the in game leader boards). As if that wasn’t enough you also have a town system underneath Firestone Idle RPG where you can research broad attribute upgrades in the library, obtain rare loot from the tavern, embark on missions from the world map, create chests at the alchemist or join a guild. A handy achievement system also bestows long term benefits to gold, attributes and even gives you a small chance to skip waves entirely.

With a current concurrent Steam player count hovering around 2,000 which doesn’t include those playing directly through the R2Games website Firestone Idle RPG is a healthy idle role playing title. It’s also easy to see why with the title offering a top tier level of depth for the genre despite the simple presentation on the surface. With the long term focused hero upgrade system and underlying gear you’ll also not be short on goals to chase anytime soon.

This review was first published on June 13, 2020. Read our update policy to learn more.