Flower is a relaxing musical driven adventure that was originally exclusive to the PlayStation consoles before eventually coming to PC. From the same company (Thatgamecompany) that brought you Flow and eventually went on to develop the award winning Journey this title is visually enjoyable but still offers some challenge across the dozen or so game levels. 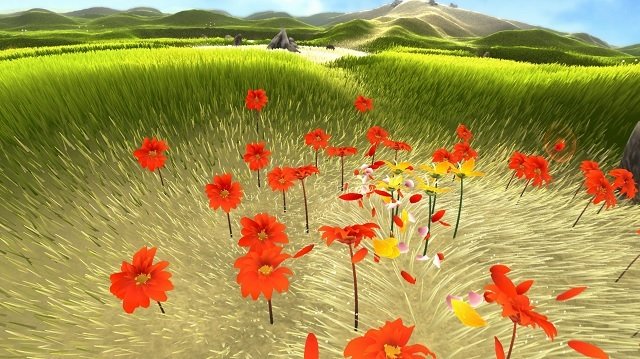 Flower itself starts off with a single flower as players use the power of the wind to break one small petal away from the plant. With this small petal you’ll move across the beautiful lush landscape, collecting additional petals that each play a tune upon collection and added to your group of petals. While basic this mechanic provides plenty of mesmerising challenge as each level adds more difficultly.

With that in mind though Flower is much more about the experience rather than the challenge with players likely to breeze through game levels just as they use the breeze to secure more petals. With the vast grassy fields ahead of players which are beautifully presented you’ll quickly become immersed in the colourful realistic world of Flower. 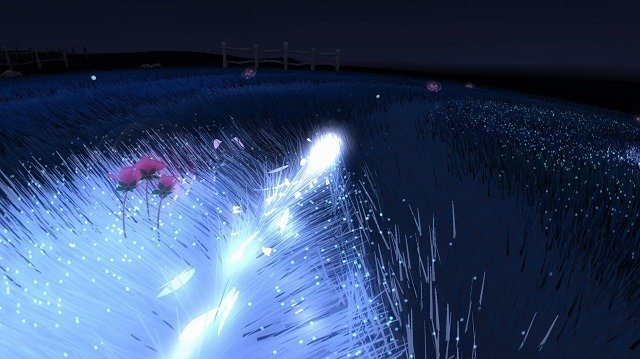 Part of this atmosphere is created by the flowers themselves which are arranged in particular order to produce an impressive tune as you fly between them in the intended collection path. Even if you opt to collect them in your own order players are not penalised in anyway and still treated to the impressive visuals and sounds on offer albeit a non intended sequences of tunes. Controlling your ever growing collection of petals is also easy enough with a basic control scheme and camera that stays closely behind your petal group although will sometimes zoom out to give you a wider view of your flower collection deeds or focus on a particular objective.

In addition to the chimes of flowers as you pass some sequences will have other side effects such as activating the stationary windmills towering over the flowers below or releasing a breath of life into the fields which give a boost of life to the game world. 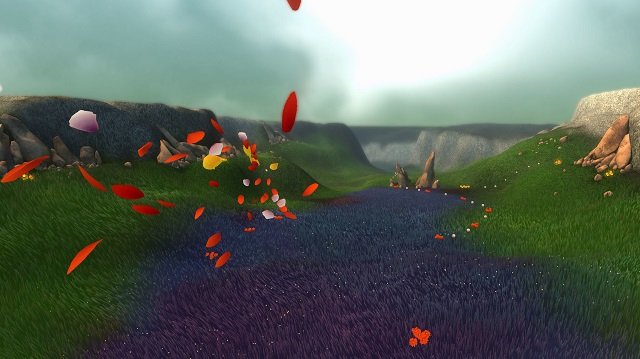 Similar to the other Thatgamecompany creations you’ll find no dialogue or text within the game world either with your adventure solely focused on your freedom and the beauty of the land around you. Flower splits this around six main levels and an additional credits level which are entered into through a flower pot on an apartment windowsill. Each level has its own theme and manages to tell an intriguing story despite the lack of words in the game.

For the gamer that loves the other games produced by Thatgamecompany Flower is an obvious option and an hour or two of relaxing gameplay you won’t be able to experience elsewhere.

Games Finder is a Steam Curator and featured in the aggregate review scores data of MobyGames and Neoseeker.
FEATURED ON
Games Like Journey
1 COMMENTS
LEAVE A REPLY Cancel Reply