Taking on alien forces in a strategy focused tower defence shooter Fortified pits players (between 1 and 4) against increasingly deadly and varied alien foes. Available to you are 4 different pulp culture heroes with their own style of fighting and upgrades to employ against the alien forces. 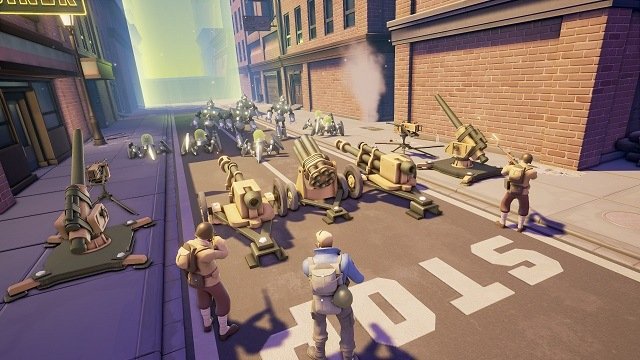 Fortified falls under the base defence shooter sub genre and takes place on our own Earth which has fallen under alien invasion in the mid 1950s. Rising to the occasion are 4 different pulp fiction inspired characters from the jetpack rocket firing heroine, to the ice space cowboy, the secret agent and a battle experienced captain in the Marine force. You’ll have to select one of these heroes to take from level one and beyond two alien boss battles that are as unique as they are difficult.

Each of these 1950 heroes comes with their own arsenal and styles although the majority of weapons and traps will eventually be available to all classes in the later stages of the game which does limit their uniqueness somewhat in terms of basic weapons and traps.

However, to further separate your choice each has a single unique powerful unit and a special ultimate ability that can be activated when you’ve dealt enough damage to enemies. Unfortunately as these heroes level up independently on your account and the importance of these levels your choice of hero will be fixed for the entire game unless you replay levels with a different hero to gain the appropriate levels required. 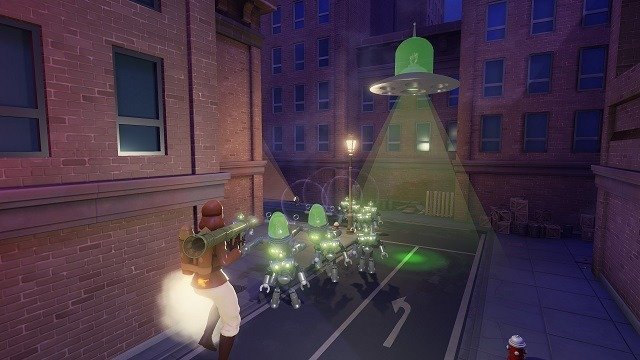 By utilising these weapons and traps which can be upgraded as you progress players will defend their rocket (sometimes multiple) from waves of aliens that travel along set paths in each match. Weapons include the likes of a machine gun for small enemies and the rocket launcher for the more durable enemies. Meanwhile traps offer things like large cannons, electric traps and mines which when placed strategically are the key to surviving each game level.

To counter your traps Fortified aliens employ a range of enemy types from fast moving rolling balls to deadly disruptors that instead focus on disabling traps for other units alongside a small array of flying units. Close communication with your team mates and utilising the strengths of each hero will be vital to conquering all the levels of Fortified and it’s two boss levels. 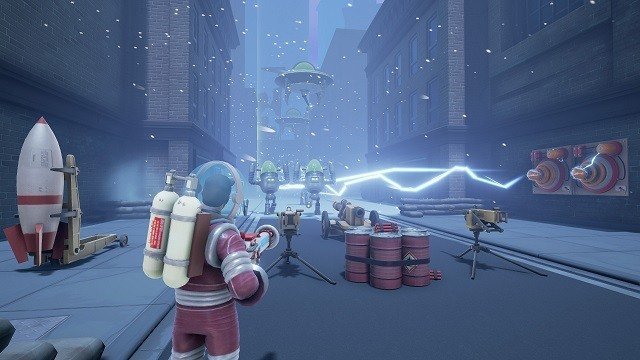 The makeup of enemy units changes with each level as does the number of waves and general level layout. With money limiting the traps you can build careful planning is often needed in Fortified, often it is the helping hand of another player that can be the saving grace in the majority of levels. As a result Fortified is best played in a duo or more capacity to ensure you can adequately defend and move around the game map to prevent attacks.

With a retro science fiction setting and healthy dose of levels Fortified is a reasonable offering in the strategy shooter space. It never manages to achieve much more than this though due to its basic design and overall lack of variety that leaves your strategy options as minimal. For maximum enjoyment you’ll want to commit everything to a one time playthrough with a group of friends.

This review was first published on February 26, 2014. Read our update policy to learn more.

Games Finder is a Steam Curator and featured in the aggregate review scores data of MobyGames and Neoseeker.
FEATURED ON
Games Like Killing Floor, Games Like Left 4 Dead
LEAVE A REPLY Cancel Reply