FortressCraft Evolved is a Minecraft inspired game that originally launched for the Xbox 360 (since discontinued). The game eventually was released on Windows under the name of ‘FortressCraft Evolved’, featuring similar gameplay to the Xbox version but with plenty of enhancements and longer development support. 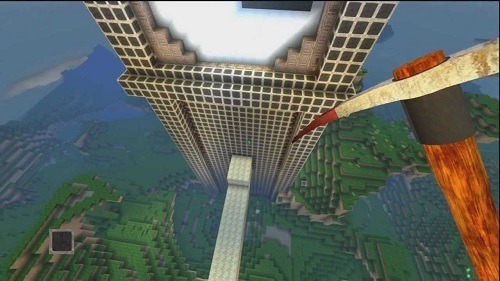 FortressCraft was one of the highest grossing indie games on the Xbox Live platform and was released in early 2011. The game included a game demo so you can try the game out for yourself before committing to a purchase on your console.

FortressCraft draws from plenty of other buildings games for its inspiration using textured voxels to create beautiful landscapes. The game is a highly open ended experience with no objectives or quests for the player to pursue and instead focuses on the freedom to create your own virtual world.

The game does offer a few game modes which bring something different to traditional gameplay such as Freezetag (similar to tag, except with a freeze ray), Hunt (think Alien vs Predator) and some FPS based game modes known as Spleef and FPS mode.

After starting a game players will find themselves in a randomly generated game world. Exploration of the surrounding area then takes place in order to collect resources for buildings. Alternatively you can play relic hunter and seek out the unique relics hidden in the game world that give you special abilities including flight, increased jump and more. 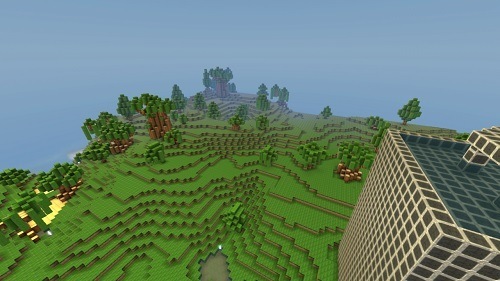 Between the core block types in the game and custom blocks there are over 100 different blocks that you can use in your creations. Some of my favourites include rotating blocks, smoke blocks, jiggle blocks and the jump pad block.

FortressCraft also has great multiplayer options with support for up to 32 players and game modes with a multiplayer focus. Overall the game has a lot to offer with wonderfully crafted visuals, multiple game modes and a large number of blocks to draw inspiration from for your designs.

Games Finder is a Steam Curator and featured in the aggregate review scores data of MobyGames and Neoseeker.
FEATURED ON
Games Like Minecraft
2 COMMENTS
LEAVE A REPLY Cancel Reply