Fossil Fighters Champions is a sequel to Fossil Fighters and was released in 2011 for the Nintendo DS platform expanding the lore, story and dinosaur creatures of the Fossil Fighters universe while significantly increasing the graphical elements. Like the original this sequel uses many of the same gameplay and story mechanics but doesn’t require players play the original before diving in.

Just like the original game players battle dinosaur like creatures known as vivosaurs in order to become a master trainer in the field. These vivosaurs aren’t found in the wild though like other monster capture and battle titles and instead to unlock new vivosaurs players are required to find their fossil and carefully extract it from the ground. Combined with a small number of vivosaurs available through the storyline and quest rewards you’ll have to locate every single fossil the world has to offer to ensure you can catch them all. Players success in fossil extraction also has a large impact on the strength of your final vivosaur once revived from its fossil. 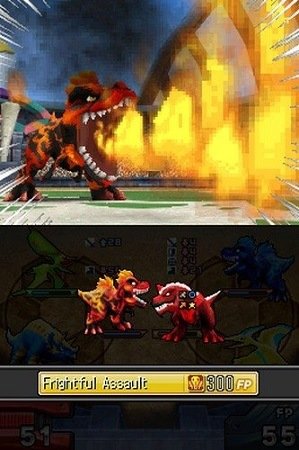 To maximise this strength Fossil Fighters offers a range of appropriate tools to help you accomplish your fossil extraction task. This includes a handy sonar system that will help guide you towards fossil sites in the game world which combine with a hammer and drill to help clean up the fossils for their revival.

To complicate the extraction process and make your task harder Fossil Fighters: Champions has a time based element to it with players given only 90 seconds to clear as much of the fossil as possible creating an addictive balance of speed and precision. Unlike the original game you’ll have access to a number of consumable items to help you on the more difficult fossils though which help you to prepare yourself for the tough extractions on the horizon. 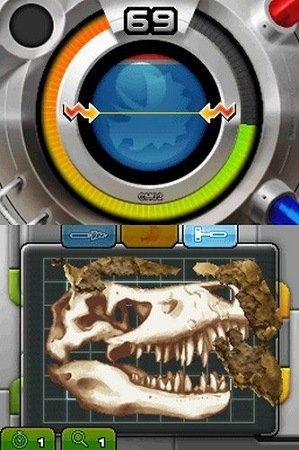 As far as the actual revival is concerned players need only find the head for the vivosaur but by finding additional fossil pieces (such as arms and legs) you can create a stronger revival and thus a stronger vivosaur overall. The game has all the original vivosaur species but also adds just over 50 new ones to collect which pushes the total count over 170 carnivores and herbivores to command.

The familiar element types also return with close, mid and long range fighters that can belong to the elements of fire, water, earth and air that are each strong and weak against another element while being neutral to the remaining one. Legendary and neutral also return for those that want a flexible fighter that doesn’t have a direct weakness although does not have an element strength either. 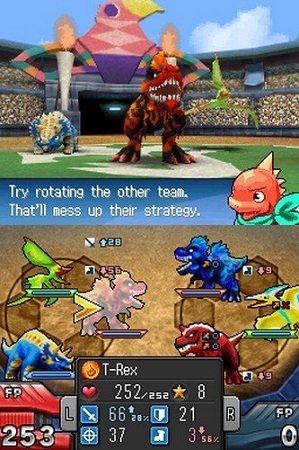 Utilising these elements and range matchups takes place in 3v3 turn based battles where your team will face off against other vivosaurs with most of your success coming down to team composition and prior training. Unlike the past versions in the franchise players have greater freedom to level outside of the core story for those that prefer to take every advantage they can into a battle even if it means grinding some side content first.