Freeciv is a turned based strategy game base on the very original Civilziation title. Continuing to be actively developed Freeciv continues to expand it’s features, fix bugs and grow in community size. The game is operated as a completely open source model which allows all elements to be altered by players and the community as they see fit. 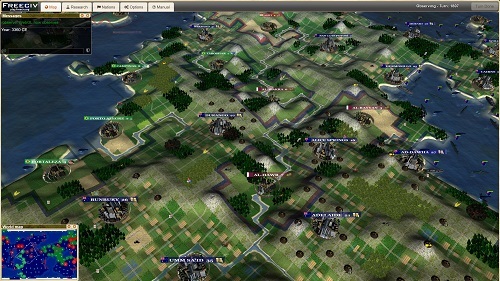 Freeciv supported both single player and multiplayer gameplay with the core game being focused around the year 4000 B.C. where your objective is to guide a tribe of people through the centuries and beyond. Through technological research players can advance their faction behind the primitive technology at the start of the game into an advanced civilization.

Following the same core ruleset as the first Civilization game you’ll win when you have taken all other civilizations off the map or accomplished space travel. Time limit and score functionalities are also included as are a number of scenarios created by the community for further game experiences.

Common levers pulled in creating a new game include the number of players (Freeciv supports over 100), technology growth speed, AI controlled players, map size and topology. Other notable features include wed accessibility and support for downloaded client and various tilesets that can alter the players visual experience. 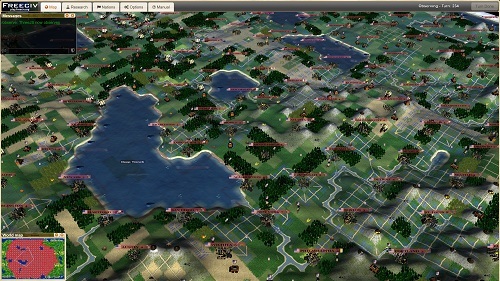 In general gameplay is closely comparable to the very first Civilization game although your individual experience can differ greatly between game build and settings that you select (such as the long turn games that give you a turn every 24hrs).

One thing is for sure though and that is the large number of single player and multiplayer games running at any time and the constant develop which has already spanned over two decades.

This review was first published on January 14, 2014. Read our update policy to learn more.

Games Finder is a Steam Curator and featured in the aggregate review scores data of MobyGames and Neoseeker.
FEATURED ON
Games Like Civilization, Games Like Master of Orion
LEAVE A REPLY Cancel Reply