Travel into the distant future with Freedom Wars a title for the PS Vita where you and your party will fight all manner of dark enemies. With the underlying RPG mechanics Freedom Wars is a game of consistent progression as you use and upgrade a wide array of weapons along with your other equipment pieces. 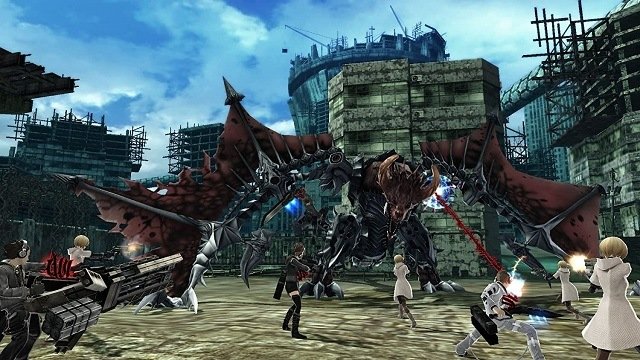 Set on Earth during the year 102014 the Earth has been reduced to ruins and incapable of supporting human life on the surface, not surprising with thousands of years of conflict and pollution since the present day. This has left society to go underground in order to survive and form small cities known as Panopticons. Given the current state of Earth leaves limited resources many of these cities find themselves at war with each other in order to claim the resources for their own use.

Even within your own Panopticon things are less than ideal with a controlling government that requires inhabitants (in particular criminals) to provide free labour to their state and abuse this in the process. One such service that is most common is battling against giant monsters known as Abductors which can reduce a criminal’s sentence although most are not expected to survive the encounters. 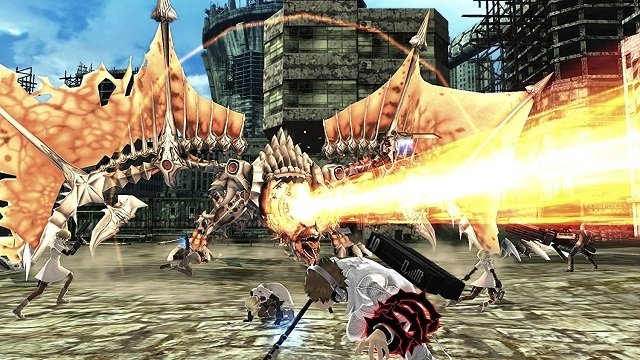 This is where the gameplay portion of the Freedom Wars kicks off with players fighting against Abductors in the core game loop. To assist you against these deadly monsters you’ll be accompanied by your android which provides support tools and can take basic commands and ensures that solo players have a second target or damage dealer. For those that would rather fight with humans on your side Freedom Wars does offer local and online multiplayer for up to eight players in both co-operative and competitive forms.

Regardless of the playstyle you choose you’ll find Freedom Wars is a quest driven adventure with missions ranging from killing certain Abductors, rescuing captives or capturing points from other Panopticons to expand the reach of your own. All of these quests will leave you with abductor parts, the main game resource which is then spent buying new equipment to take on more powerful enemies or spent to reduce your sentence. 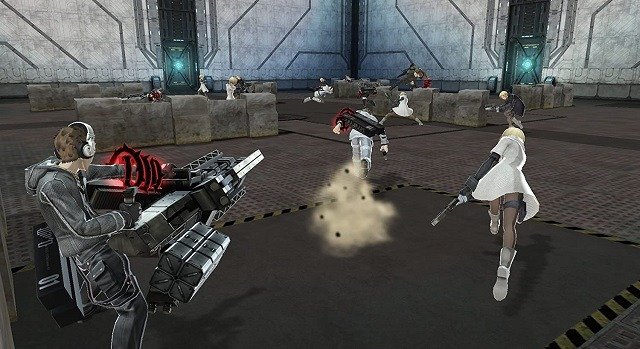 Weapons is where much of this character growth takes place and customisation comes from with six groups of weapons that include things like large swords, laser guns, rocket launchers and personal firearms. Weapons come with varying rarity and attributes so players will often be upgrading their weapon or switching their gun depending on the enemy for maximum damage output.

With a unique setting, great multiplayer options, an amazing wealth of weapon types and multiple control styles Freedom Wars is a worthy monster hunting Japanese RPG for your Vita.