Offering all sorts of fun and interactive stories Friends Forever Stories is a mobile application for Android devices for fans of interactive story games. Not limited to a single genre Friends Forever Stories offers stories across romance, comedy, mystery, horror and fantasy ensuring there are plenty of genres to be enjoyed by a range of gamer tastes. 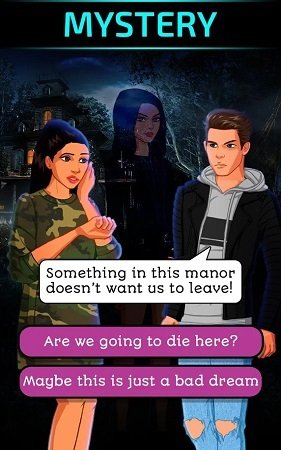 Of note in particular is that stories in Friends Forever Stories come slightly more animated than their counterparts in this genre with the 2D character sprites often walking into the scene and making gestures during the course of dialogue that helps build some basic but much appreciated immersion to boost the overall production quality. Overall it’s a nice little touch and makes it feel more like an interactive piece rather than just a dialogue based story with unanimated graphics which many mobile interactive story games have adopted. 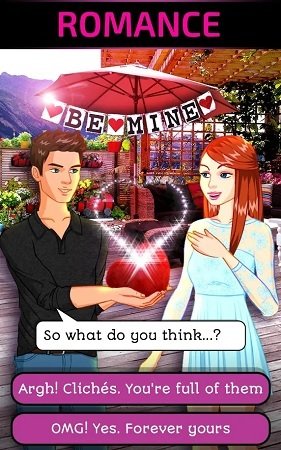 You’ll find the majority of these choices are generally just different ways to say the same thing so that the story can follow along the set story path. While this means the majority of your choices don’t have a large impact on the story direction it keeps you engaged constantly and is a welcomed approach to reading lengthy pre-set dialogue and making only major choices.

Individual stories split themselves into several dozen chapters which usually coincides with a change in location or before the story shifts to a new pivotal point. After each of these chapters you’ll be greeted with an advertisement and a reward of gold coins which can be used to unlock extra stories of your preferred story genre. 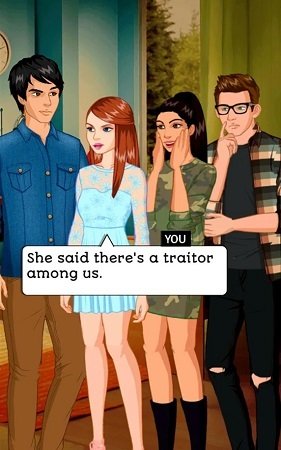 Important to note that there is also a limiting currency factor on starting each chapter which uses a different currency that can be refreshed with purchases or ad watching which is no doubt more excessive than competitors and one of the trade offs of the higher production values. Given you already have to watch an ad after each chapter and the constant banner ads at the top of the story this extra layer feels unnecessary and can really detract from the experience as it constantly breaks the flow of the story.

Games Finder is a Steam Curator and featured in the aggregate review scores data of MobyGames and Neoseeker.
FEATURED ON
Games Like Choices: Stories You Play, Games Like Episode - Choose Your Story
1 COMMENTS
LEAVE A REPLY Cancel Reply