From Dust combines a number of genres incorporating strategy, building and god games into one with players helping their own tribe of humans through the challenges that they face. From Dust was published by Ubisoft in July 2011 for the Xbox 360 and was followed by Windows and PlayStation 3 a few months later, along with Xbox One backwards compatibility. From Dust was briefly made available on the Google Chrome store in 2012 although this version has since been discontinued. 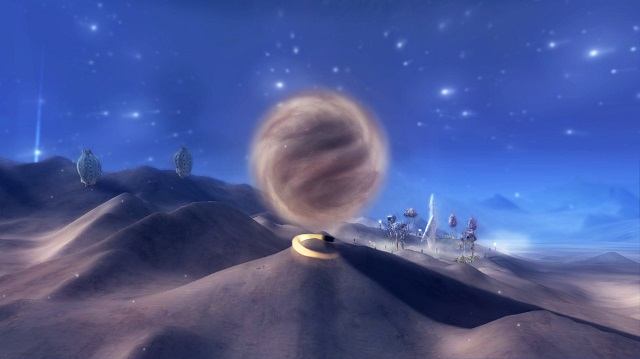 Set in a world where a tribe has lost the powerful knowledge their ancestors acquired they find themselves struggling to survive against the environmental threats that they face. In order to solve this problem they use what little knowledge they do have to summon The Breath which is a godlike being that the player takes control of. After your summoning the tribes number of questions come flooding in as they seek your guidance to deal with threats, help them recover this long lost knowledge and in turn expand into new lands as the following the path of their ancestors The Ancients before them.

Gameplay in From Dust is a unique experience that combines several genres together and has players assuming the role of the godlike character that the tribe has summoned who controls the game world from the skies. Your job as this summoned figure is to ultimately direct and enlighten the nomadic tribe that lives on your island by using the tool sphere that you have at your disposal. This sphere has a number of options and allows players to master the elements of land, lava and water to alter the world as they please with new tools becoming available as you progress. 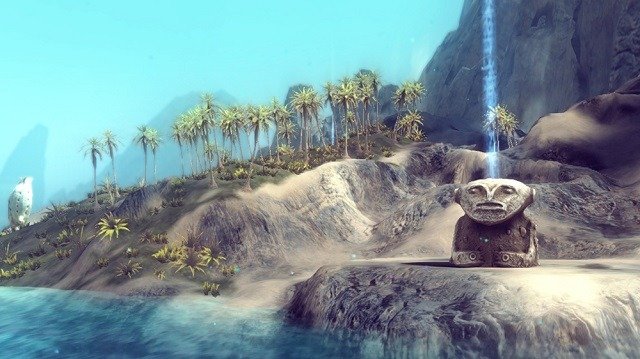 As you progress your village you will be able to access additional powers to help you move through the campaign.  To start players will have the ability to manipulate Earth and the plants which is focused on creating pathways by raising the ground or relocating plants. In time players acquire the knowledge of water which allows them to move the water of oceans (known as pure water) and river water (known as sediment water) and primarily used to turn deadly lava into stone. Finally The Breath gains control of lava itself which is deadly to anything it touches but can be used to create stone walls with careful control. Physics play an important role in all of these elements and help to create a realistic game experience in From Dust. You’ll find that lava flow, water and explosions all feel realistic and are equally visually impressive.

From Dust is split up into a series of missions known as territories which offer a variety of objectives and span 13 unique territories with their own theme. Most of these missions have a similar core concept though which sees you protecting your village from an impending disaster in one way or another by building defences with your elemental talents or moving them to new areas entirely. The final level in the campaign shifts this slightly and similar to that of a sandbox mode with players having free control of their tribe and the environment while having access to all the tools they’ve acquired to date. 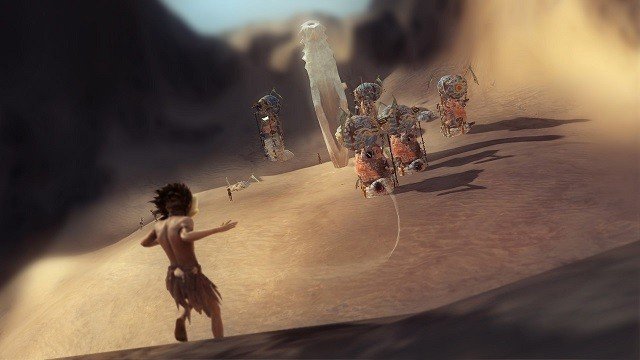 Once you’ve mastered the story mode you can take up the 30 challenge missions which aim to be fast paced and more difficult while ignoring story all together. These challenges emphasise advanced puzzle tactics with all your available tools and do a fantastic job of expanding the total game content with another dozen or so hours. From Dust is ultimately a quirky but effective mixture of genres that offers a unique adventure, nature based game world manipulation, an interesting storyline and impressive physics to bring it all together.