Front Wars brings the Advance Wars style of gameplay that you fell in love with into the mobile landscape with a game that closely follows the experience. 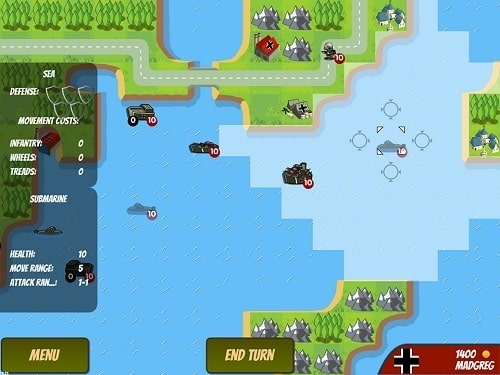 Front Wars is a turn based military strategy game set within a World War II setting. This expands to also include a number of key battles that took place during the war.

Playing as the allied forces you’ll have to battle through an over two dozen mission campaign that also comes with three difficultly levels. This gives Front Wars a great amount of content especially if you’re one to try compete each mission on the highest difficultly setting.

Similar to what the series of Advance War games offered you’ll take turns with the enemy building units and moving them around the grid based map. Ideally players will be able to defeat all the enemy units but victory can also be achieved by destroying their headquarters.

Mechanically the game has a good amount of strategy decisions to be made with terrain having an impact on the defence of units and their movement speed. With a total of 15 different unit types to mix and match on top of this you’ll always have a range of choices available to you. 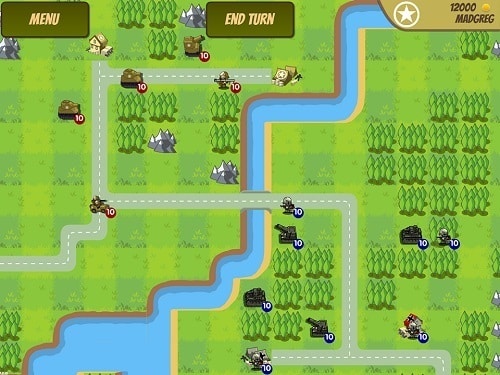 As you would expect it’s a rock-paper-scissors style dynamic between these 15 units with each having strengths and weaknesses to other units, preventing one strategy from dominating the others.

The simple design of Front Wars and the inspiration from Advance Wars makes it a must have mobile game for fans of the Advance Wars franchise. It’s got a few shortcoming in regards to the lack of tutorial and innovation but still a very worthy mobile game.

Games Finder is a Steam Curator and featured in the aggregate review scores data of MobyGames and Neoseeker.
FEATURED ON
Games Like Advance Wars
LEAVE A REPLY Cancel Reply