Doing away with standardised race tracks is Fuel, a racing game that opts for an open world, allowing players to create their very own path to finish the line. 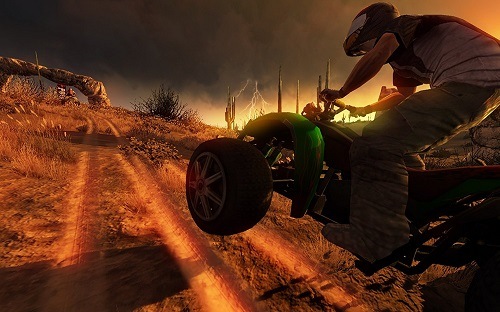 With a post-apocalyptic setting akin to that featured in the Mad Max franchise Fuel features severe weather which constantly serves as the backdrop to your races. Fuel lets you race alongside the likes of large tornadoes and sandstorms while also offering short day-night cycles to ensure you get plenty of races at dusk at dawn where the graphics of the game truly shine.

The world for your Fuel adventure was one of the largest to be seen at the time for video games with over 14,000 km² worth of land to explore, additionally the game was able to do this without a single loading screen during the free exploration mode where you’ll find race start points and other various challenges.

While there is an impressive backdrop and large scale game world the focus of Fuel is on the vehicles which are unlocked slowly over time. These are broadly linked to six classes of bikes, muscle cars, SUVs, buggies, trucks and ATVs which can all be raced by the player. Cars are also heavily customisable using the in game resource of Fuel which is awarded for winning races. 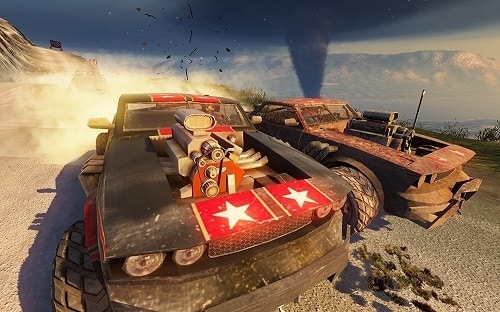 In addition to earning fuel for your efforts each race will reward players with a star for each of the three difficultly levels that players win. With these stars (216 in total) new areas of the game world can be unlocked which in turn give access to new races and challenges. Further customisation is available through driver clothing and helmets which are displayed predominately given the several open car types.