Taking the original popular formula of Fun Run and adding a number of improvements is Fun Run 3 – Multiplayer Race the second game in this series of real time multiplayer running games available for mobile devices. 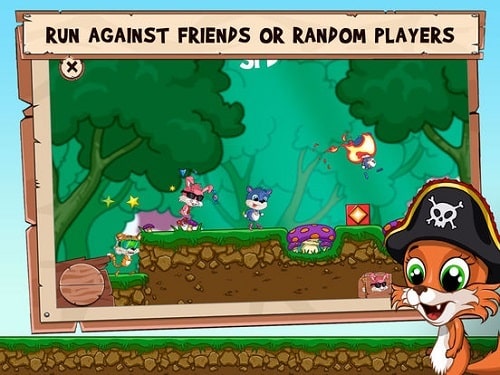 Taking control of your own cute animal creature you’ll step into races of up to 4 players where players will race from start to finish with many deadly traps and obstacles in between. While running fast is vital dodging the deadly contraptions that come your way are much more vital to ensuring victory.

Maps come in various shapes and sizes with the likes of Thorny Scrub, Bouncy Forest, Stumpy Slopes, Speed Meadow and much more offering different layouts, item caches and traps. Player results are tracked individually for each map which gives you something extra to compete for as you attempt to achieve your best time while racing. Players can practice on particular maps, play with friends directly or search for a game. 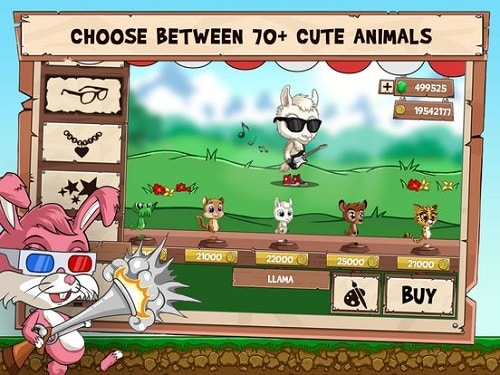 With your game selected you’ll find yourself lined up at the starting line with a countdown from 3 starting and an inventory item. Players automatically move to the right of the screen once the count down completes with players only using two buttons, one to jump and the other to activate the current item. Items include speed boosts, shields, rockets, flying saws, lightning and much more which have varying effects.

Dealing damage to another player will temporarily take out their avatar which will revive after a short period, starting injured and thus slower before returning to full speed. For players that can leave the map victorious you’ll earn a small purse of coins which are spent on cosmetic upgrades and alterations to your avatar.