Galactic Civilizations II is the second game in a series of 4X space strategy games developed by Stardock. The game is a turn based experience and was released in early 2006. The game saw two expansion packs released in subsequent years titled Dark Avatar and Twilight of the Amor. 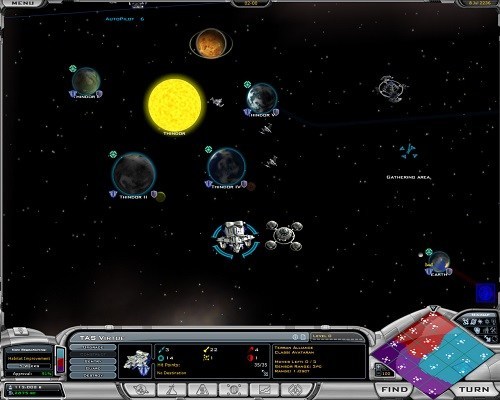 The setting in Galactic Civilizations II is the same as the previous game with players and several other alien species fighting for control over the galaxy. This race for control started after one of the youngest space faring (the humans) developed the technology to travel across the stars with great speed. The Dread Lords have also returned to the galaxy who were once hell-bent on annihilating every living thing within it.

During the campaign players will move throughout the galaxy capturing planets one by one by using diplomacy, culture, technology or force (always a popular method). Players will also have to hunt down ancient technology and protect themselves from the genocide onslaught from the Dread Lords. In addition to following the campaign players have access to a sandbox skirmish mode although no multiplayer is available.

Most of the alien races from the original return to create a total of 10 playable races for the player to take control of, there is also the option to design your own race if none of the preset ones take your fancy. 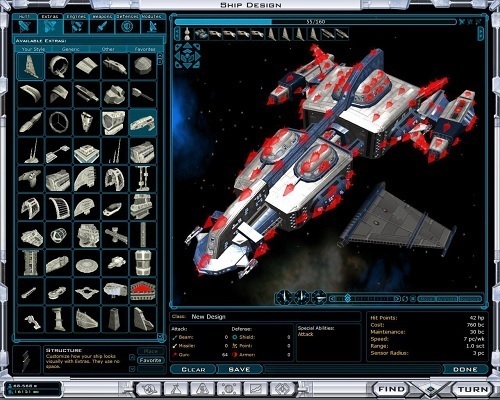 The three main areas of improvement over the original Galactic Civilizations game is the improvements in ship design, AI and increased number of random events. Galactic Civilizations II presents a large number of options for creating customised ships to suit your strategy. The AI has also received a lot of attention which is part of the reason for lack of multiplayer functionality. The game offers an impressive 12 levels of AI for players to choose from so there is plenty of difficulty variety.

Galactic Civilizations II has great appeal to both the fans of the original and newcomers that want a fix of turn based space strategy. While the lack of multiplayer is disappointing there is a large mod backing for the game thanks to the modding tools provided by Stardock to give the game some extra life.