Galactic Civilizations is a space themed strategy game that launched in 2003 with several sequels that built on the turn based strategy foundations of this original release. In 2004 an expansion pack to the core of Galactic Civilizations titled Altarian Prophecy was also released which added 2 new races to the game along with the addition of a campaign to provide players additional strategy choices and content. 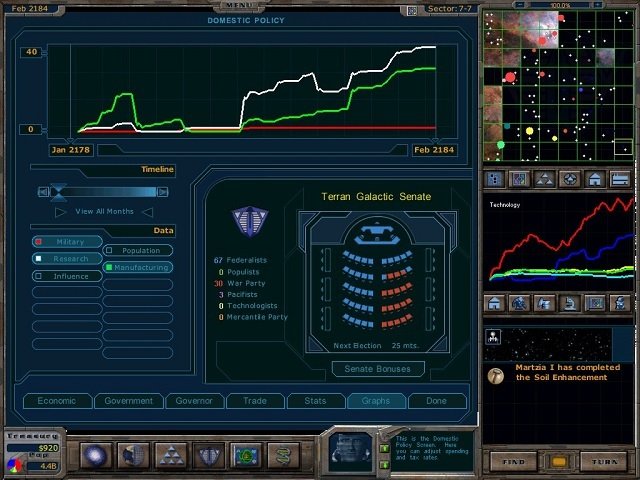 Galactic Civilizations is set in a distant future soon after humans discover the power of the hyper drive which allows fast and near immediate travel to any point in the universe. Up until this point space exploration was near impossible as travel required use of specialised jump gates which only allowed travel between two predetermined points. With this shift in travel the universe for the first time is fully explorable by the human race which results in a range of situations that need to be addressed to prevent the human race from falling behind in the new space race. Players will have to balance relationships with the newly discovered alien races that have gone silent after obtaining the human created technology of hyper drive systems.

With this technology quickly filtering through the other races that occupy this game world galaxy the situation has completely changed. The result is every race is now scrambling to explore the galaxy in order to claim planets for themselves for the resources on the surface or the strategic importance in the broader galaxy map. 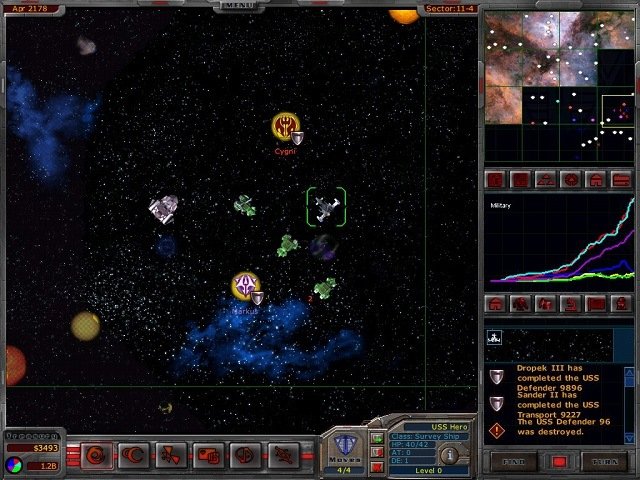 With this setting in place Galactic Civilizations challenges players to take full control of the galaxy and provides various tools to achieve this galactic level goal. This includes victory through war, diplomacy, an overwhelming technological advantage or through a dominating cultural presence throughout the galaxy that sees your race reach the pinnacle position. As with other turn based strategy games players make their decisions in turns which can involve researching boosts for their civilisation, transporting their ships to galaxy sectors and generally managing the affairs of a galactic empire.

The core experience of Galactic Civilizations (not including the campaign in the expansion) is skirmish based with players limited to the human civilization which is the Terran Alliance by default. Players do have the option to rename their human race if they wish and also get the opportunity to choose a political party, abilities, galaxy size, alien alignments, alien intelligence levels, frequency of habitable planets and available win conditions which combine together for the overall game difficulty. 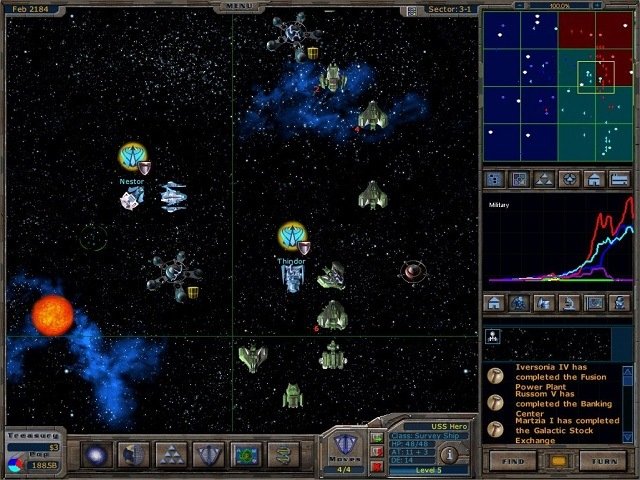 Through these options players can create dramatically different galaxy challenges and while you’ll need the Altarian Prophecy expansion pack to have an actual campaign there is still a wealth of replay potential without it as you pursue different strategies. In Galactic Civilizations this might be players option for a Federalists political party that gives a 20% economy boost and economy victory or opting for a War party instead that provides a massive 50% hit points bonus to be used in pursuit of a war victory condition. Similarly the available abilities and players limited 10 points to invest in them means you’ll have to weigh up the advantages of each option which like political party impact on things like your economics, hit points, diplomacy, culture influence, research, repair or weapon power.

Regardless of the path you take though the Drengin, Altarians, Torians, Yor and Arceans in the base Galactic Civilizations experience will test your turn based strategy experience as you battle across the galaxy for each individual planet.

This review was first published on May 24, 2014. Read our update policy to learn more.