Game Dev Story is one of the many simulation games from Kairosoft who is constantly producing similar games with different skins. With the wealth of experience in the simulation market Kairosoft offers an attractive game development themed experience although it’s similarity to other titles can be a little too close for comfort if you’ve already played their other titles. 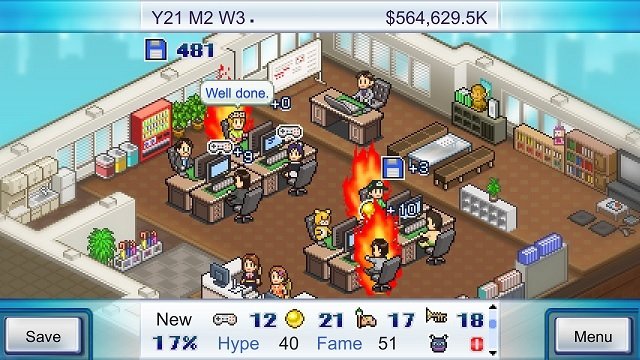 Your goal in Game Dev Story is to create the ultimate video game company which as you can imagine is anything but an easy endeavour. Each of your attempts will span 20 in game years or around 10 hours of real time which is a short enough gameplay loop that you’ll be able to enjoy several playthroughs before experiencing everything on offer and obtaining one (if not multiple) of the grand prizes from the award ceremony. This consistent timeframe also supports competition in Game Dev Story against yourself or other players as your final results after the 20 years are easily comparable.

Players start with a budget of cash and 0 sales to their studio name with your first objective to hire additional staff for your office. Staff are the lifeblood of any game development company and accordingly Game Dev Story draws your attention here with each employee having their own statistics and levels which of course impact on their salary and potential contributions to the team. Employees have a separate ranking for their program, scenario, graphics and sound skills which feed into game creation directly after some RNG elements are applied. This unfortunately does mean that a perfectly crafted team can still falter in game design from time to time and while frustrating does give you the ups and downs of realistic game development. 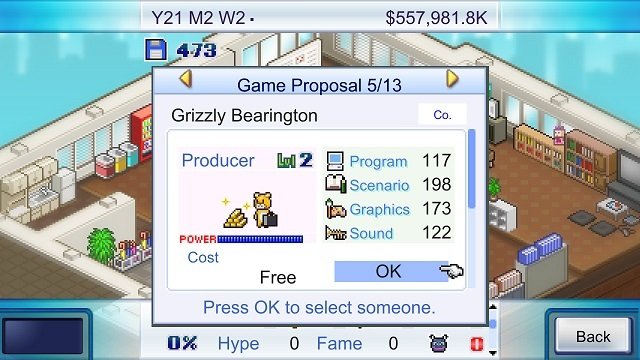 Game creation is equally diverse with players able to select from a range of genres which slowly increase overtime albeit does not include all genres with obvious oversights being stealth, party and visual novel. Each of which have different development costs and current popularity to consider. This is then paired with a game theme and a game direction which can provide certain boosts to speed, quality or staff experience at monetary costs. If you find yourself lacking the appropriate staff Game Dev Story also allows you to outsource particular game elements for a one time fee and while doing so is a hard decision given the loss of potential experience to gain it can result in a much better final outcome.

One of the most interesting choices that the game offers though is a bug list which can easily make the double digits by the end of development. Once a game is ready to ship players can opt to remove these bugs or release it with bugs included which presents an interesting and realistic decision that is constantly making news in the real world game industry. Debugging also has the benefit of providing research points for staff level ups which will improve their skills and salary level. 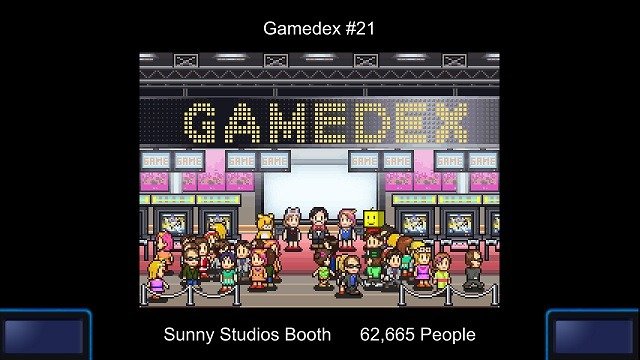 From here the cycle repeats itself with players developing increasingly complex video games with their team of staff while entering the yearly award shows with cash prizes, expanding your office space and occasionally accepting once off contract work to pad your bank account with spare staff capacity.

This review was first published on August 27, 2014. Read our update policy to learn more.

Games Finder is a Steam Curator and featured in the aggregate review scores data of MobyGames and Neoseeker.
FEATURED ON
Games Like Game Dev Tycoon
LEAVE A REPLY Cancel Reply