Available for Android and iOS Game of Summoner is a title that sees you travelling across the darkened lands and recruiting new heroes to expel the darkness. 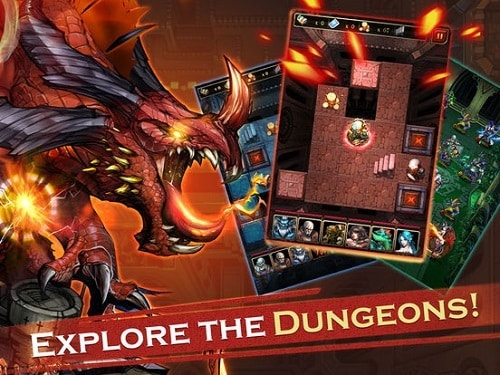 Being thrown back in time from the first minute you open the app Game of Summoner puts you behind the strongest team of good heroes that have been amassed, hoping to finally break the grip of evil. After a hard fought battle however the heroes are defeated and players must start a new heroes journey to overthrow evil.

Starting with one of the four available classes (warrior, ranger, priest and mage) you’ll start to rebuild an army. In order to achieve this you’ll battle dungeons across the mainland in dungeon stages made up of a few enemy stages and finishing with a powerful boss. These battles are highly automated with players selecting a team of 6 heroes to face off against up to 6 opponents.

Position of heroes is an important consideration as first they’ll focus their attacks on the enemies directly in front of them. Meanwhile your front line units will take the bulk of the damage. Thus its optimal to place high damage dealers in the centre line (where the boss is usually located) and place your tough fighters in the front line (generally warriors and priests) while leaving the back line for the high damage but fragile mages and rangers.

In addition to automatic attacks your individual units will generate power over time which can be used to unleash more powerful attacks. While the formula of gameplay employed by Game of Summoner is quite basic the amount of depth beyond it is quite impressive, offering massive appeal to those that love a long progression curve. 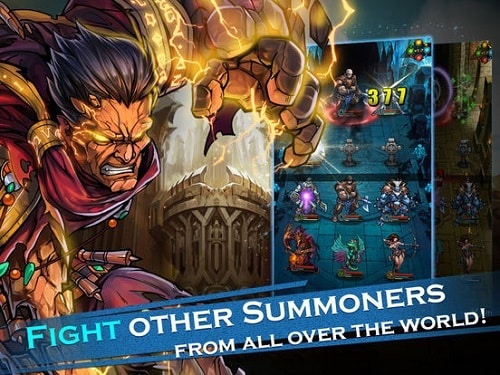 In Game of Summoner you’ve got player level, hero levels, hero fusions, skills, items, promotions, arenas and boss battles just to name a few of the features. All of these use different currencies and rare items in different ways to give you that constant goal to achieve.

If collection based mobile RPGs are your thing you’ll be impressive with the longevity that Game of Summoner delivers. With plenty of heroes to collect and game modes to hunt for your next upgrade you’ll have hours of gameplay ahead of you.