Gangstar Rio: City of Saints is one of the highest rated games in the popular Gangstar series published by Gameloft. The game is available on Android devices. 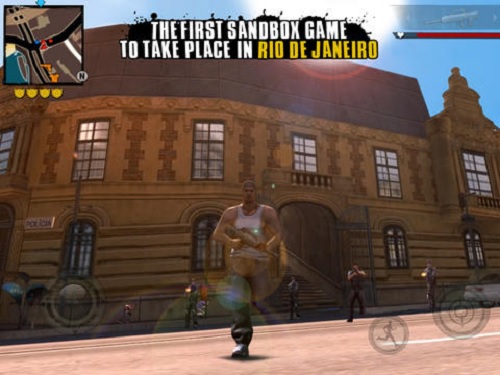 As soon as you load up the game on your chosen device you’ll feel the Grand Theft Auto vibe straight away. This isn’t necessarily a bad thing as the game is definitely one of the better clones on a portable device and does well at delivering an open world/sandbox experience despite the limited hardware capabilities of the platform.

As the name suggests players will be exploring the city of Rio de Janeiro which includes a number of different game environments. Players will adventure through the jungle, drive along highways or speed around the suburban streets. Players are free to explore what the game world has to offer on foot or in the large number of vehicles which includes planes, helicopters and even a tank.

In your adventure you’ll get to take on over 60 different missions that have more variety than you might expect. Some missions will test your speed, some will test your driving skills and others will have you engaging in large fire fights. Gangstar Rio: City of Saints even includes random events which will pop up from time to time and add some realism to the game world. 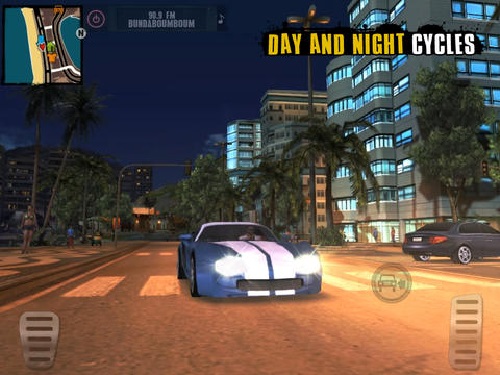 There is no shortage of unlockables for players as they advance through the missions either. Players can grow their arsenal from simple handguns to more powerful rifles, grenades and even explosive footballs. Your look will also change as you progress thanks to the large number of clothing and accessory items for you to dress your character in.

For an Android game Gangstar Rio: City of Saints isn’t a bad game and it’s clearly the pick of the game series. If you love your open world GTA clones then you’ll probably want to pick this title up.