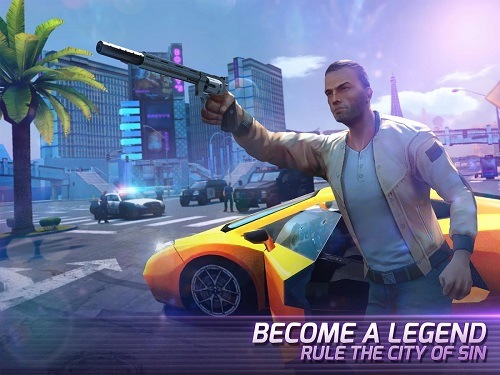 Playing as Jason Malone a boxer who fails to take a dive for a mob boss players spend the early parts of the game on the run and also serves as the game tutorial. After being introduced to the likes of hand to hand fighting and vehicle controls in this opening sequence you’ll be unleashed onto the open world of Vegas. Along the way you’ll follow a main story, meet a cast of characters and complete plenty of side activities to fill in the time in between.

Story missions in particular are easy to follow with the ability to start the next one from the menu rather than having to drive around the city, which for a mobile device is a welcomed shortcut. This is quite useful if you are a reckless player in particular and constantly find yourself at the centre of police attention. 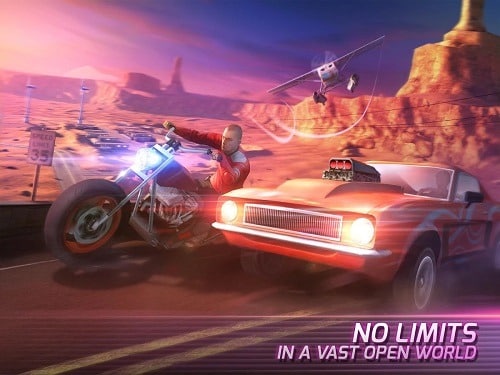 While some adjustment is required before you’ll be able to fluently control Jason the controls overall do an okay job and stand up against most comparable mobile titles. Driving is slightly better overall and feels a bit more natural than walking and running with Jason which ensures you can experience the full city without too many headaches.

This control learning curve thankfully does not apply as heavily to the gun play with aiming handled easily through taps which locks onto your target. A cover system also lets you easily sit behind obstacles and fire out bullets until your heart’s content without too much intervention required. All of this does become much easier as you level up your character and spend your skills points on the likes of improved weapon damage, clip sizes, resistances and reload speed.

Games Finder is a Steam Curator and featured in the aggregate review scores data of MobyGames and Neoseeker.
FEATURED ON
Games Like Grand Theft Auto, Games Like Mafia, Games Like Saints Row, Games Like Sleeping Dogs
LEAVE A REPLY Cancel Reply