Garry’s Mod (GMod) is the ultimate physics sandbox game that lets you create anything and everything that you can think of with the available tools. Whatever you have in mind the experience is completely within your control with GMod, a title that is built on the Source game engine.

Launching back in 2006 the game has seen steady success in that time selling millions of copies through the Steam platform. This success has enabled the game to live on a decade after the original release with a community of avid creators and the healthy Steam Workshop. Popular creations are thus constantly changing with community trends but generally include role playing, shooters, creative sandbox experiences and even battle royale. 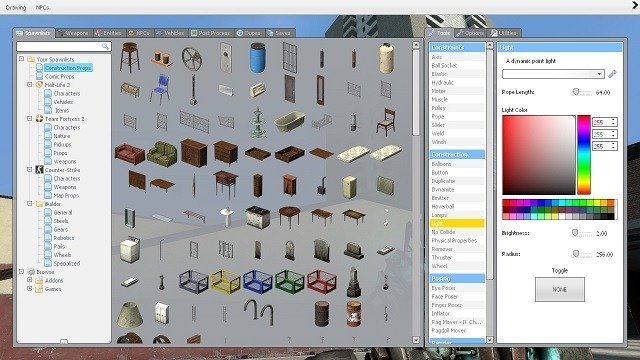 In order to use Garry’s Mod you not only have to purchase the game but may require a game that uses the Source engine depending on the server or game mode so keep that in mind if you’ve got limited funds to spend. As a sandbox game GMod is completely void of objectives, relying on the player to develop their own goals. At your disposal you’ll have a huge list of items, props and entities to manipulate in the world as you see fit.

To help you manipulate the world of GMod players are equipped with two guns with their own mechanics. The first of these and possibly the most important is the Tool Gun which lets you combine props together, attach them in a number of ways or add to your creations. The Tool Gun also helps with player created add-ons which are a popular way to add more functionality into the game. The second gun at your disposal is the Physics Gun which is used to interact with props on a more basic level by picking them up and adjusting them to the parameters you desire. Mastering both of these through experimentation is the key to a long and rewarding experience from GMod. 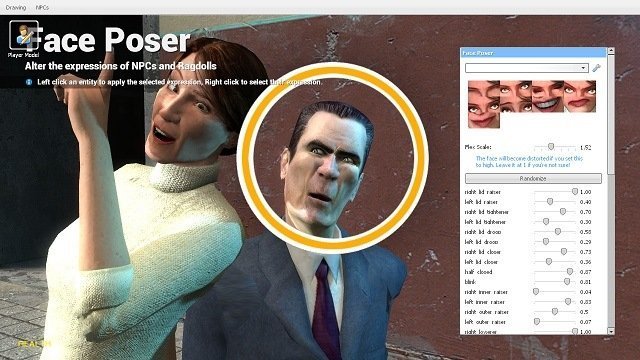 To take your sandbox experience one step further Garry’s Mod offers a range of extras which are easy to get lost in as you explore the range of variety they hold. This includes the like of ragdoll and face poser that allows you to change models in all sorts of weird ways and is ideal for video makers in particular who want to easily create their own machinima creations using GMod.

For those that would rather focus their time within the realm of physics you’ll also find a realistic physics engine backing up the GMod experience which creates hours of fun as you test your creations and analysis the relationships you can create through physics mishaps. 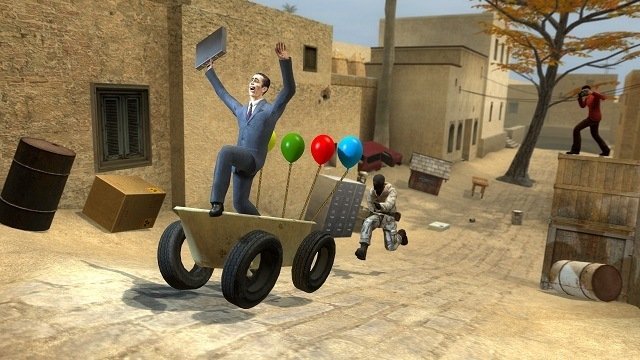 Of course robust multiplayer is an important element to the Garry’s Mod experience with plenty of servers always online and a large community constantly creating new things both for and with Garry’s Mod thanks to the Lua scripting language (also used in Roblox). Popular servers and modes are constantly changing but one of the most recognisable and well known is Trouble in Terrorist Town (similar to Town of Salem).

For both creators and players Garry’s Mod has a lot to offer and its popularity still stays strong for good reason a decade on from launch. Partly due to the almost monthly updates, the massive community of creators and the only game ceiling being the collective imagination of millions of players.

Games Finder is a Steam Curator and featured in the aggregate review scores data of MobyGames and Neoseeker.
FEATURED ON
Games Like Roblox, Games Like Second Life, Games Like Transformice
1 COMMENTS
LEAVE A REPLY Cancel Reply