Delivering a high quality predominately single player action role playing title with just a dusting of MMO design aesthetics Genshin Impact has a flashy world of colour waiting to explored by players that is full of magic, magic, fantasy and challenge. With it’s high action combat paired with this setting players are in for a dungeon hunting treat as they explore the world by themselves or with up to four players (unlocked after about a dozen hours of gameplay). With elements of the JRPG genre, action RPGs and MMO vibes the world of Genshin Impact is continually being expanded with game updates.

While Genshin Impact feels like a MMO world it is a primarily single player adventure that has players exploring the anime like world of Teyvat where several nations have been established over years past. Playing as a powerful twin that has lost their counterpart players explore the landscape as the Traveler in search of their lost kin while being accompanied by their guide Paimon. For the most part you’ll be able to freely explore this vast open world with all the right tools to do so (gliding, swimming, running and climbing). 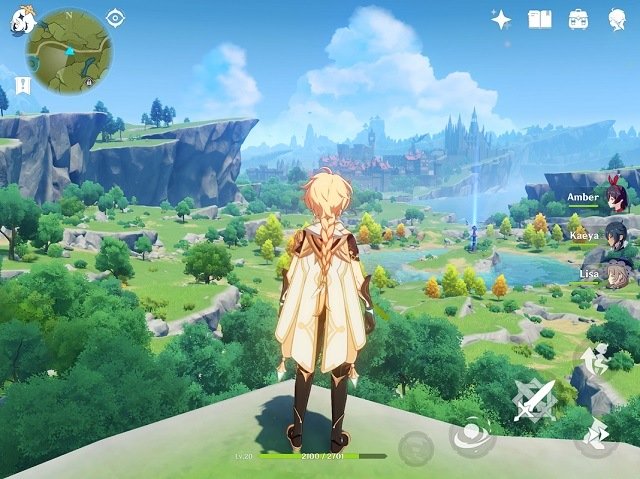 While you’ll be controlling only a single character players can have up to four characters in their party and switch between the active one as they please. In total at launch players have nearly two dozen player characters which broadly fall into traditional archetypes of fighter, archer and mage. Within each of these groups though you’ve got different weapons, genders, elements and home regions that ensures each feels distinct enough from others of the same archetype. There are a total of seven elements in Genshin Impact based on the forces of nature named geo, anemo, hydro, pyro, dendro, electro and cryo.

Unlocking all of these characters is where you’ll have issue though with Genshin Impact as it operates heavily on gacha mechanics making it difficult and sometimes near impossible to unlock a specific character or tiered item that you have your eye on. For those lucky few that enjoy the easy to acquire classes though this is a non issue and allows you to fully appreciate the otherwise free to play world that Genshin Impact has crafted albeit with a little less powerful weapons to do so. A lack of duplicate characters will also unfortunately hurt your ability to maximise the constellation system which provides small but important boosts. 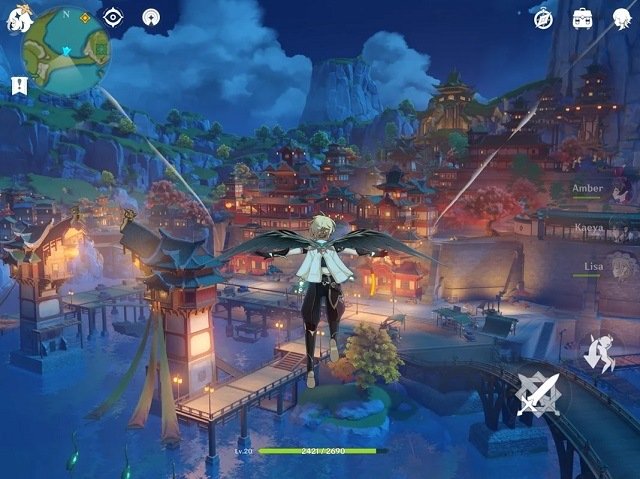 That being said though there is some tactical advantages to having additional characters of particular elements as chaining elements and attacks together from different characters can provide a significant damage boost. For example players can create a melt effect by combining pyro and cryo for extra damage or opt for utility combinations like anemo and geo that knocks enemies back. Additionally players can receive passive benefits for having for using multiple characters of a single element although this needs to be weighted up against any potential combo damage or utility.

To make things easier in this department players need not worry about levelling their characters through direct play with experience books being the main source of experience to ensure all characters can remain relevant with enough investment. Alongside this character level players also earn overall account level progress which increases the overall world difficulty and associated drops. Part of these drops are the artifacts system that are comparable your equipment in other games and provide the most significant boost to character stats and can be tailored to the character role. 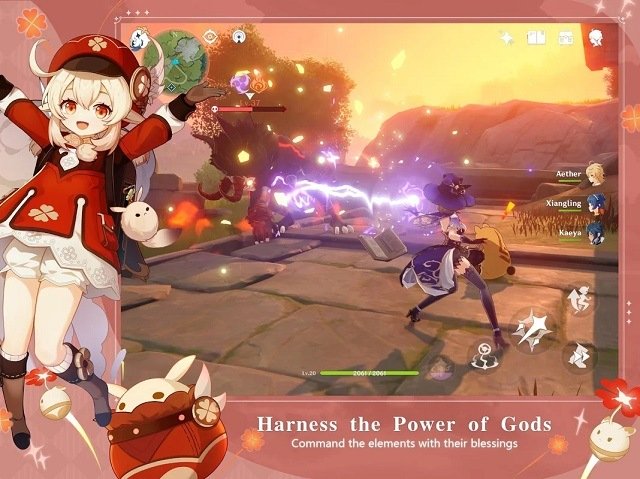 While the world of Genshin Impact is designed primarily for combat and exploration it also has a strong focus on collecting resources and in particular cooking ingredients that provide healing and various buffs to your party of characters.

With it’s high degree of world and character design and the free to play entry price it’s no wonder that Genshin Impact has landed with a splash to the gaming market offering one of the first free to play RPG titles of it’s kind.

This review was first published on October 12, 2020. Read our update policy to learn more.

Games Finder is a Steam Curator and featured in the aggregate review scores data of MobyGames and Neoseeker.
FEATURED ON
Games Like Aura Kingdom, Games Like Crystal Saga, Games Like Eden Eternal, Games Like Elsword, Games Like Flyff
LEAVE A REPLY Cancel Reply