If you’ve ever thought you’d make a great haunting ghost then you can now put that to the test with Ghost Master a title where you get to control a team of ghastly ghouls and attempt to scare people out of their homes by utilising the hauntable items in an everyday home. Ghost Master combines the likes of puzzle and adventure with touches of light strategy but overall is primarily about the journey rather than a vast amount of strategy depth in haunting. 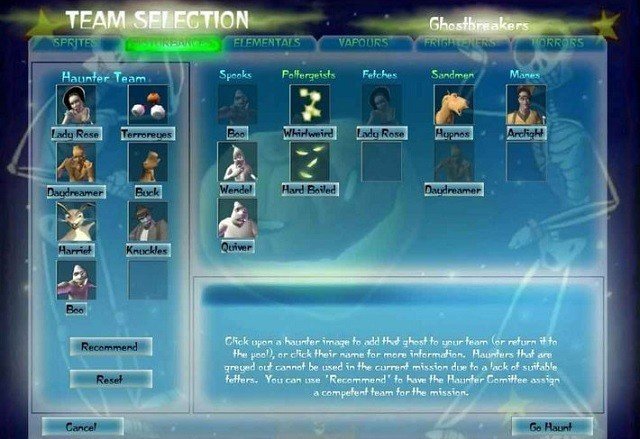 Set across a number of missions players get to choose their Ghost Master ghost team independently in each level with more options available as players advance and free restless spirits in game missions. While Ghost Master does have a recommended team which guarantees that players will have the right selection of scary tools at their disposal to win the level the option to manually select is forever present if players have a fan favourite. While this does present the option to introduce artificial difficult by selecting a sub-optimal team the design of Ghost Master means that this is more likely to be through frustration rather than an actual strategy difficultly as particular ghost skills are often vital.

These skills spread across abilities talents and effectiveness in certain situations and thus generally requires a balanced team to ensure you can complete all the available scares for that level. Each of these levels takes place within a house environment with enough chances between the levels to prevent the level design from being a repeating factor. Within each house a varying number of humans waiting to be scared will present itself with each having a different fear, level of belief in ghosts and tolerance to terror which needs to be balanced against your available ghosts and their abilities. 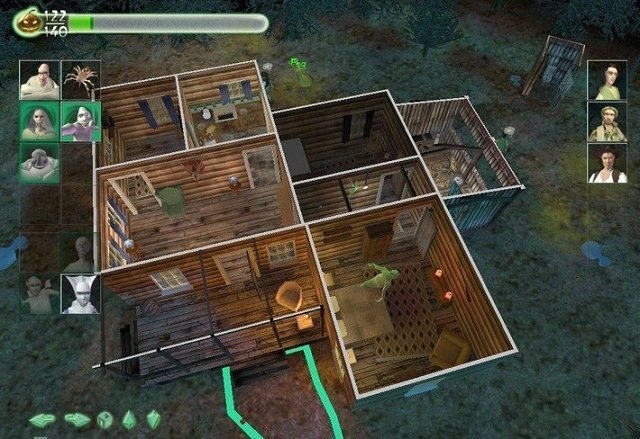 Ultimately your goal is to make each occupant reach their terror threshold which means they will run outside of the house entirely. While for some this might mean direct scares are the most effective often players will need to capitalise on a particular fear and the level of belief a person has to reach this point. Provided players have the appropriate ghost setup there isn’t significant strategy to be found here with the challenge instead coming through timing the use of your suitable abilities and also the element of how you’ll scare humans.

This comes about because in Ghost Masters you don’t simply place your ghosts right next to a human you have to be more cunning then that with each ghost requiring a different object to exist in the game world (known as a fetter) which limits the objects they can use possess.  Players must also balance their available plasma which is spent when using ghost powers and must be steadily built up over time with low level scares on residents before being able to apply stronger terror inducing skills. Effective scaring is carried over between levels through a Gold Plasma currency that is awarded based on your level rank and spent on ghost upgrades. 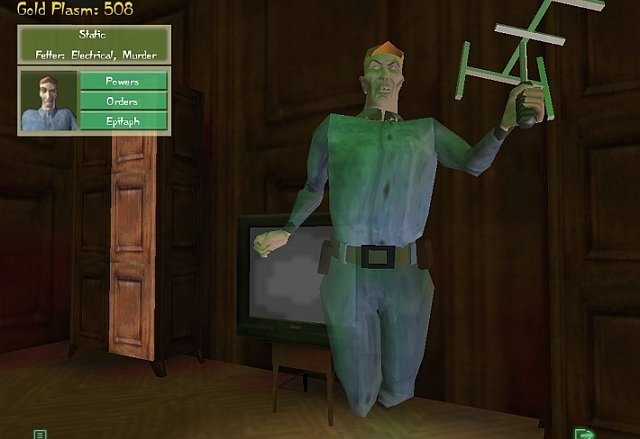 There is no doubt that Ghost Masters offers a unique design and gameplay experience that is likely not to be seen in the gaming industry again. If you’re expecting a highly strategic experience though you’ll be sorely disappointed with the ideal audience being one that enjoys going through the motions rather than inventing a scaring strategy from scratch.

Games Finder is a Steam Curator and featured in the aggregate review scores data of MobyGames and Neoseeker.
FEATURED ON
Games Like Dungeon Keeper
LEAVE A REPLY Cancel Reply