Giana Sisters: Twisted Dreams follows on from the 1987 platforming title with a 2009 re-imagining of the world that blends it with a modern take on the platform genre in general. Taking place in a twisted dream world it’s also an incredibly unique, colourful and varied adventure that awaits players. Born form a Kickstarter campaign Giana Sisters: Twisted Dreams started on the intended Windows platform before success allowing it to shift to Xbox, PlayStation and Nintendo platforms (most recently Nintendo Switch). 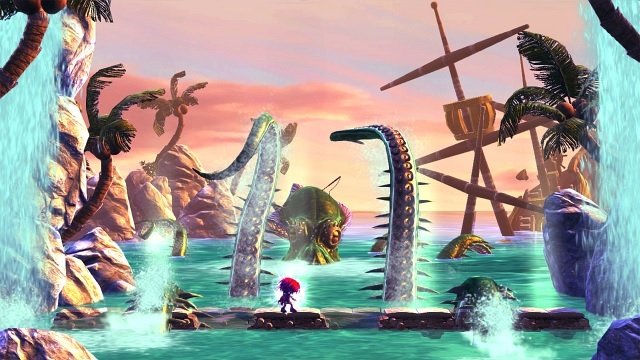 Following a now teenage Giana as she hunts for her abducted sister Maria players adventure through the Dream World where the dragon Gurglewocky has taken her away. Centred around a fearful Giana as she makes her transition into her teenage years of self discovery is the main theme of the Giana Sisters: Twisted Dreams hat you’ll explore. This means you’ll enjoy mechanics centred around transformation and the unlocking of secrets with them regularly appearing in core gameplay.

Central to this idea of transformation are your primary attacks which need to be mixed appropriately for the surroundings and enemy type. On the one side you’ve got sweet Giana with a deadly twirling jump while on the other punk Giana with a hard hitting dash hammer that both have their appropriate usage. The result is a strong platform title filled with variety and a dash of puzzle that has elements of the genre origins but also takes it in new directions with impressive visuals and the varied gameplay to back it up. 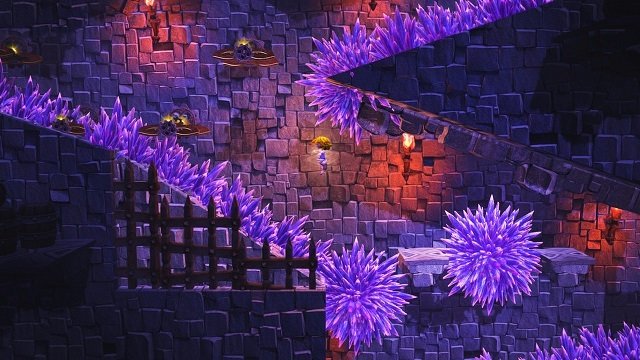 This progression in Giana Sisters: Twisted Dreams takes place across 3 separate worlds offering nearly two dozen levels within them in total. Locations like Mysteries Meadows, Whirlwind Forest, Owlbeak Castle Crystal Canyon, Spooky Dungeon and Haunted Swamps provide a wealth of location diversity. Epic boss battles are also scattered between these levels with each testing the player in a different way while being equally nightmarish on the design front. If that isn’t enough for players though they can up the difficultly with either the hardcore or uber hardcore modes that will really push any seasoned platformer while newcomers can opt for the easy mode instead.

This game world is also expanded through 3 DLC that were combined into the Owltimate Edition on Nintendo Switch along with other additional content. This includes new levels, a new boss, soundtracks and cut scenes to further the Giana Sisters: Twisted Dreams universe. 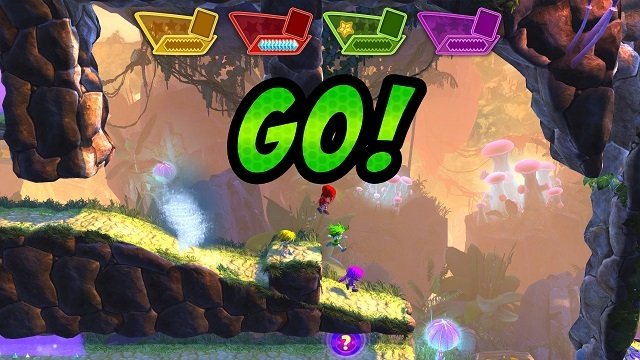 The colourful and location rich platform title of Giana Sisters: Twisted Dreams pays homage to the original games of the franchise decades earlier. With the leap in time providing a seized opportunity to add a burst of colour, variety and new mechanics which helps this classic franchise experience an impressive rebirth.