Goatlings decides not to let you adopt monsters or cute little house pets and instead opts for a more unique animal instead, the humble goat. Taking the goat and mixing it with traditional free to play virtual pet site mechanics made popular from the likes of Neopets. When it all comes together Goatlings is a cute and fun online browser game for all ages that consistently has an active community of players online. While a goat might not be your first thought when it comes to cute adoptable pets Goatlings will likely change your mind as you collect all manner of goat types and items to make your goats even more unique. 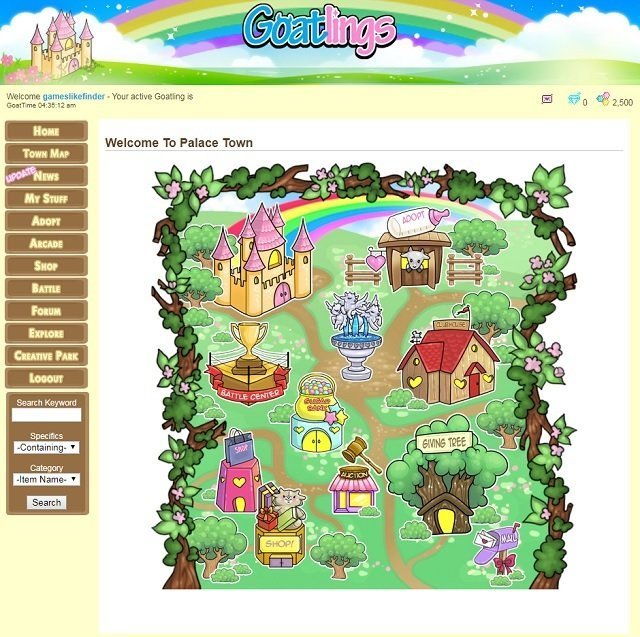 Similar to other pet adoption games in the niche Goatlings lets you get your hands on your first goat while creating your account with the options to adopt a new goat or rehome a previously owned one instead. New goats start as a blank grey slate with weak stats but can be heavily customised and trained further to become an asset in the battle centre or simply a cute goat with one of the rare colour schemes. Players with non-upgraded accounts can adopt up to 10 cute goats so there is no need to give all your attention to one if players prefer to hoard cute animals in their account.

From this point onwards Goatlings offers typical gameplay for the genre with players engaging in activities such as online games to earn the in game currency of Sugar Stars. With this currency players can engage with the Goatlings economy which includes things like buying customisation items for your goat which offers visual improvements or boosts to their battle power. The Sugar Stars currency also plays an important role in keeping goats well fed and cared for. 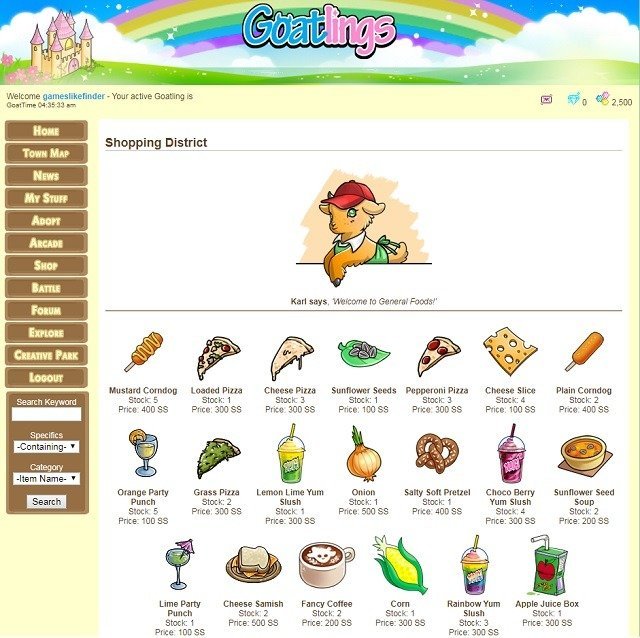 A staple of the virtual online pet niche is the item fetch quests for extremely powerful rewards and Goatlings also leverages these which grants access to some of the rarest game items upon successful completion but are often a lengthy and expensive process.

All of this Sugar Star and rare item accumulation generally leads players down 2 routes in Goatlings, creating a highly customised goat with all the frills that the game has to offer and at the same time creating a powerful goat to battle in the battle centre which plays a more central role in the experience compared to its rival games. This is also evident in the ability to encounter wild goats during world exploration which can grant appearance dolls that are a vital aspect of changing the visual appearance of your own goat. 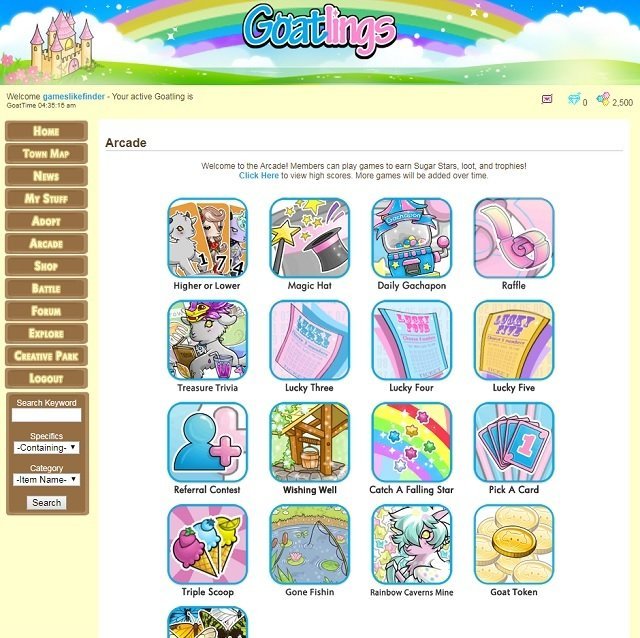 That isn’t to say that Goatlings doesn’t offer a host of other features though with players also able to access club houses, user shops, Sugar Star bank accounts, auctions, forums and events which all help to develop that sense of community and support the game economy of acquiring and spending Sugar Stars.

If you’re a fan of the browser based virtual pet adoption genre but tired of all the monster orientated games Goatlings provides an enjoyable and cute alternative. It’s appeal is particularly strong if you’re a fan of pet battles in these games which Goatlings leans heavily towards with its focus on training a deadly (and colourful) goat.

Games Finder is a Steam Curator and featured in the aggregate review scores data of MobyGames and Neoseeker.
FEATURED ON
Games Like Howrse, Games Like Neopets, Games Like Pixie Hollow, Games Like Webkinz
LEAVE A REPLY Cancel Reply