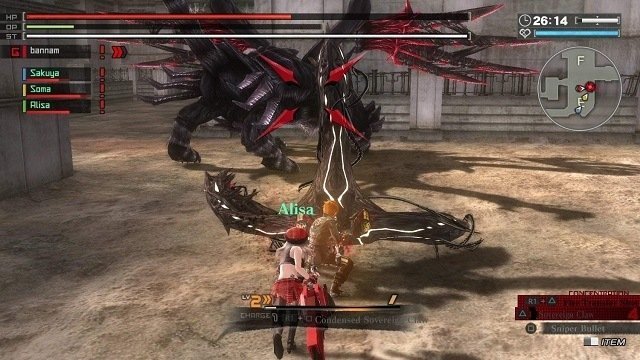 Taking place only 3 years after the events of the original a new pandemic driven by Red Rain has cemented itself into the Fat East Branch and is causing chaos in the process. Acting as a special mobile task force you are sent to investigate in the hopes that the pandemic can be stopped and entirely resolved before it can cast its reach even further.

Not content with replicating the gameplay of the original God Eater 2: Rage Burst has invested heavily into 4 new types of weapons that are deadly additions to the already impressive arsenal on offer. These new weapons being the hammer, spear, scythe and shotgun offer a wealth of new fighting styles for you to employ on the battlefield and specialise in should you choose to do so. 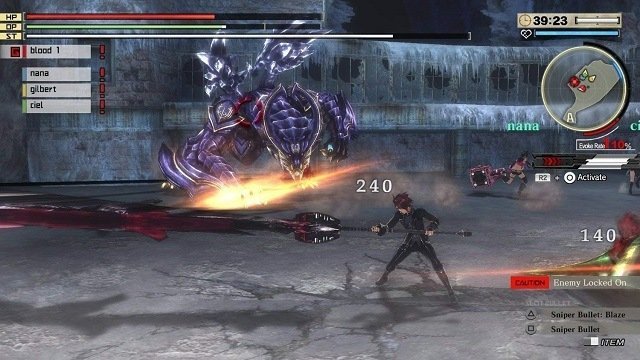 Like the other core weapons from the past God Eater game each comes with abilities and various functions that give them uniqueness beyond just dealing damage. Some of the traditional power ups have also been altered and enhanced for extra variety and combos allowing players to further enjoy their favourite weapon or even find a new one that you had not previously considered.

Weapons can only take you so far though in your God Eater 2: Rage Burst adventure and this is where the new addition of Blood Arts comes into play. Used to augment your normal attacks you’ll have an extra piece to your arsenal which grows with you as missions are completed. With this system based around growing the Blood Arts you have directly equipped or those of a similar variant you’ll be able to craft a character that has strengths designed as you see fit.

Many of these Blood Arts are also tied to the new Character Episodes system which offers expanded quests from NPCs who will provide various mission invitations that reward bonus materials, items and Blood Arts. These also serve as delightful side missions to build out the vast world on offer. 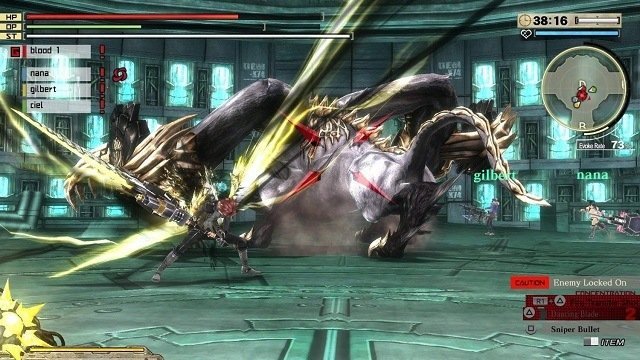 This when combined with the new array of weapons is the best selling point of God Eater 2: Rage Burst in that it truly lets you design a playstyle that caters to your preferences on top of a wealth of visual character customisation.

With improvements left, right and centre God Eater 2: Rage Burst offers that same monster focused gameplay of the original with some great refinements. Be it that you’re a fan of the first game or this is your first foray into the God Eater universe the experience offered will no doubt captivate.