God of War: Ascension delivers you the origin story of Kratos while also adding multiplayer into the mixture of puzzles and brutal combat. 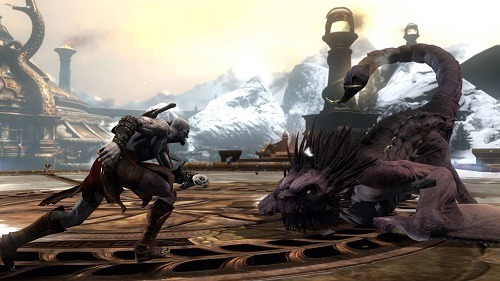 Ascension is set within months of his families death but well over a decade before the events of the original God of War adventure. After breaking your blood oath to the god Ares, you’ll be controlling Kratos as he confronts the three furies to ultimately free himself. The story isn’t as deep or interesting as what you might have experienced in the likes of God of War III but it serves its purpose of giving you context to the endless brutal killing while also revealing some Kratos history.

As you won’t be battling gods there is a distinct reduction in the number of actual boss battles that Ascension offers with more wave orientated levels that send hundred of lesser enemies to their death by your hand. This does mean you’ll get sick of the more common weak opponents by the end of it as the variety isn’t as impressive as past games.

Combat with these enemies relies more heavily on the Blades of Chaos which can now be imbued with the elements to alter their damage and special attack. The game does a good job of making you feel like a weaker Kratos to fit within the story but means you have to rely more on dodging which takes some adjustment at first (especially for the button mashers). 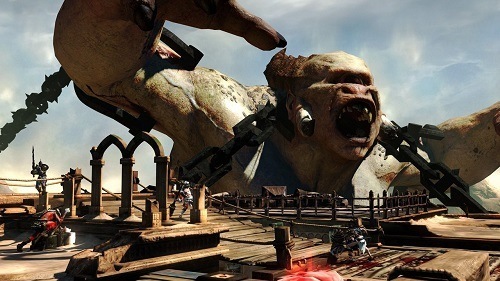 If you’re looking around for the new mechanics in God of War: Ascension you’ll find them all in the multiplayer mode where you can battle online with up to eight players in a single game. There are various multiplayer modes here to enjoy along with four different deities to alter your battle abilities and plenty to unlock with your hard earned experience.

While not as great as the climactic end of God of War III the addition of multiplayer ultimately means more value for your dollar even if the rest of the game doesn’t quite reach the same heights as other games.

Games Finder is a Steam Curator and featured in the aggregate review scores data of MobyGames and Neoseeker.
FEATURED ON
Games Like Bloodborne, Games Like Darksiders, Games Like Devil May Cry, Games Like Dynasty Warriors
LEAVE A REPLY Cancel Reply